Castlefield Viaduct is a grade II listed late-19th century wonder that proudly sits between the Bridgewater Canal and the tramline. It was originally used to carry heavy rail traffic in and out of Manchester Central Station, now more commonly known as the event and conference venue, Manchester Central. Since the station became repurposed the viaduct has remained intact but unused, with essential maintenance being carried out, but no purpose within its surroundings. This year, the National Trust and Twelve Architects and Masterplanners have a vision to change the neglected yet beautiful structure into an urban park that will benefit the whole community. 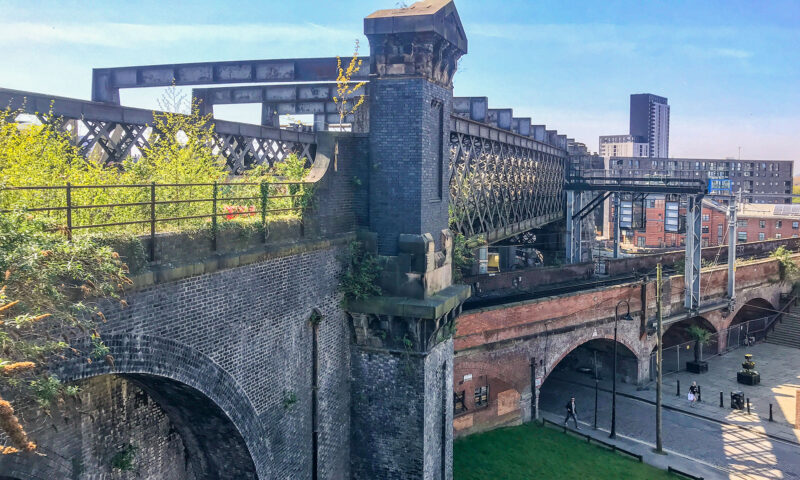 Although the plans are yet to be finalised and permissions are still being applied for, you will hopefully be able to experience a temporary urban park at the viaduct this summer. The creative minds behind this redevelopment will be hosting guided tours of the space with opportunities for the community to feedback into the feel and design of the park. You can see the architects designs for what this might look like in the fly-through video below.

Keep an eye out for developments as the plans to reimagine Castlefield Viaduct progress and we start to see Manchester’s centre embrace more green spaces while still honouring its industrial past.