The Edinburgh Castle in Ancoats has a new executive chef in Shaun Moffat. Born in South Africa, Shaun has concocted an all-new menu that lives up to the high standards of this great restaurant, and then some.

It’s one of the standout venues in Ancoats, right on the edge of Cutting Room Square, with a laid-back pub on the ground floor and one of the area’s best-looking dining spaces upstairs, all dim lighting and elegant fixtures and fittings. 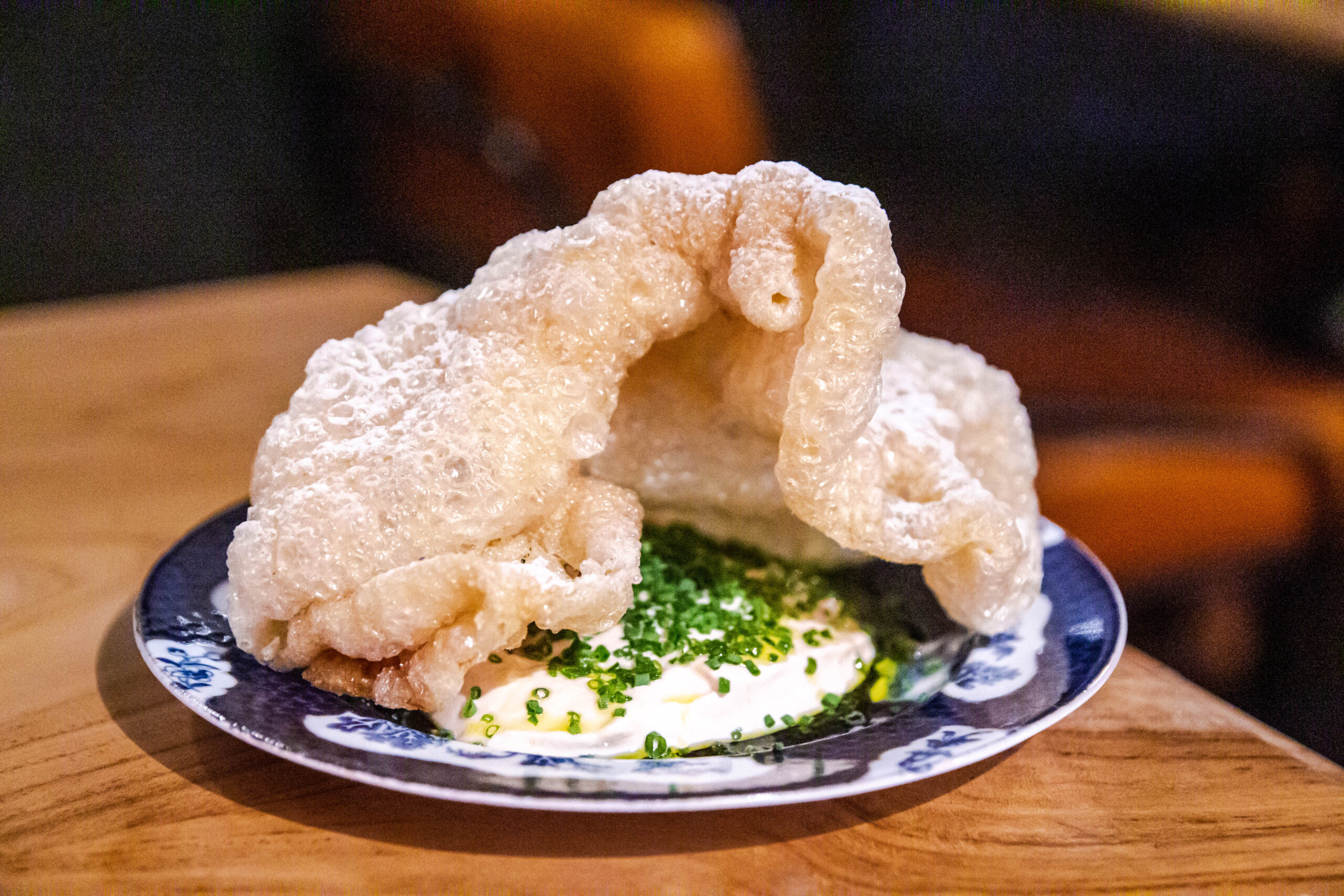 The food is best described as modern British. It does the lot – nose-to-tail, locally sourced, not to mention vegan dishes that have the same care and attention behind them as the meat ones. For example, the squash dish – or to be precise, the Royal Oak farm striped squash dish (Edinburgh Castle is all about provenance, pleasingly). It’s basically an ode to the humble squash, using every element to create a multilayered dish, that’s as delicious as it is impressive. 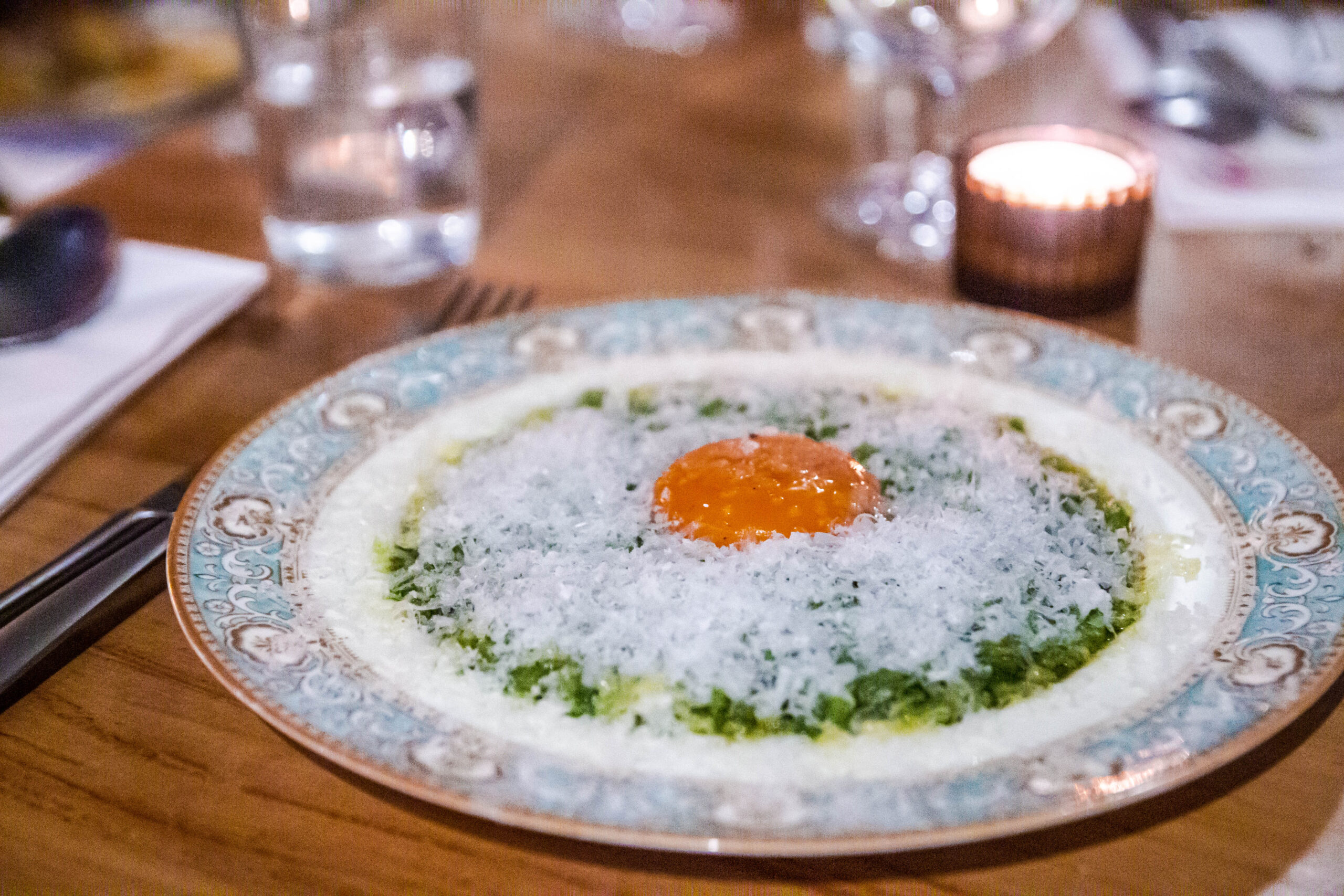 This English country garden feel is found throughout the menu, from the Clyndria beetroot plate (matched with pickled walnuts and creamy curds), to the show-stopping opening dish, the puffed pig skin and smoked cod’s roe (imagine a marriage between a prawn cracker and a pork scratching, designed for Henry VIII). 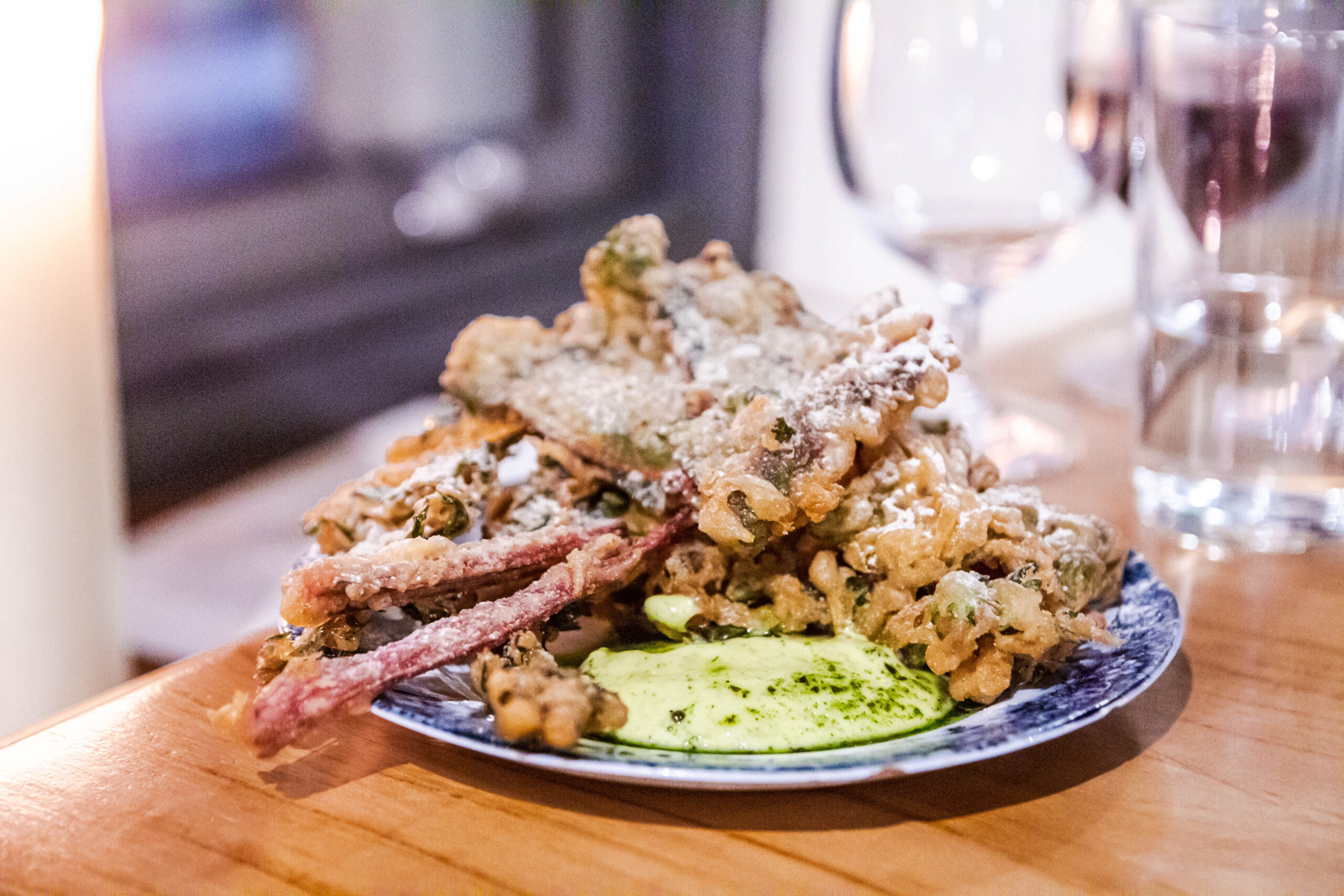 Even the more unusual plates, such as a tempura-style Cinderwood market garden fried veg, or the pearl barley plate, tap into this sense of tradition, giving the impression that if Shaun Moffat were around in Medieval times, he’d have found some way of whipping this up and blowing the minds of the local peasants. 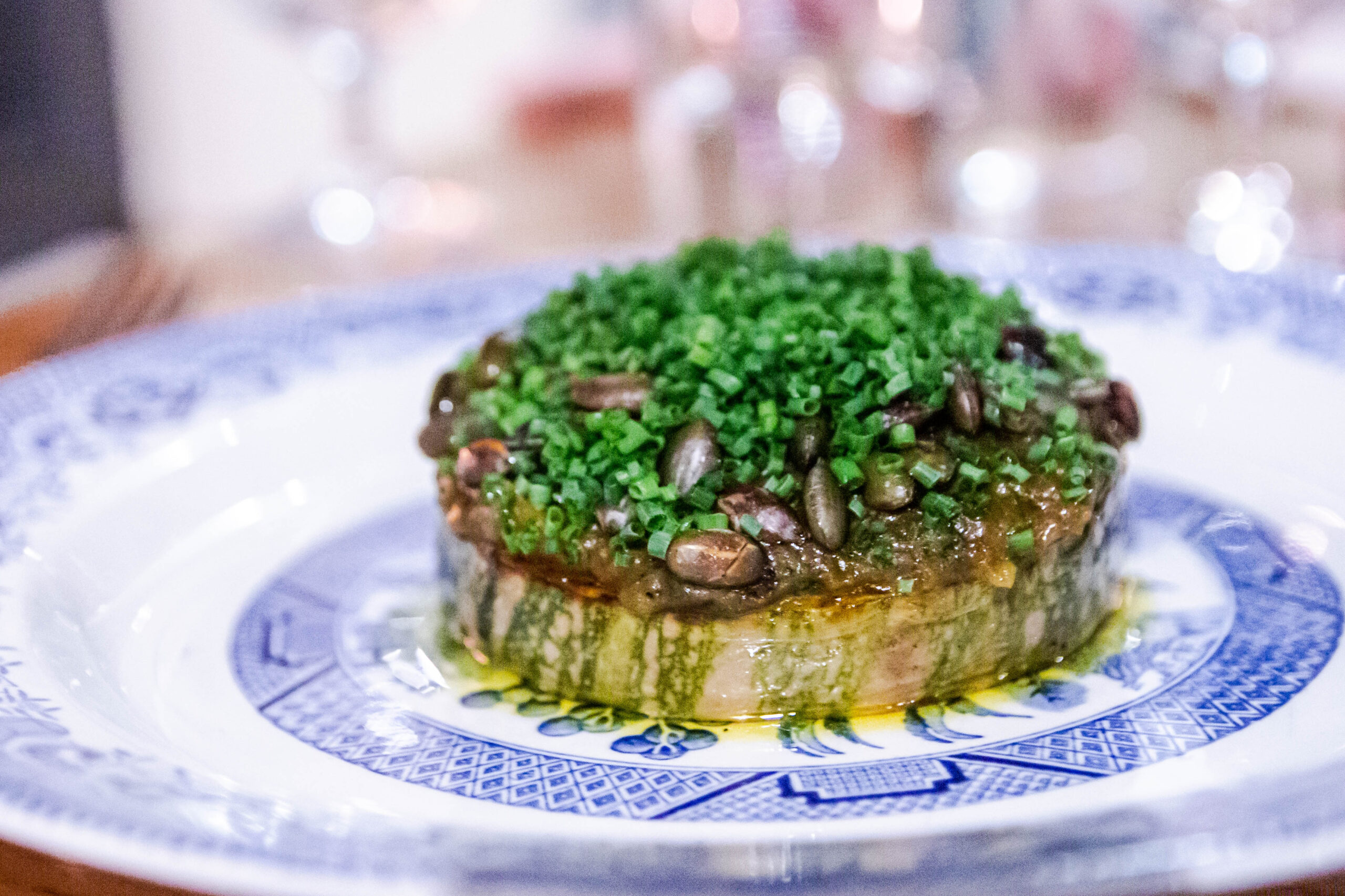 The mussels are a gloriously messy, moreish feast, with chunks of trotter adding to the flavours of cider and lovage. The slip sole is an exceptional dish. It’s expertly dismantled at your table, leaving beautiful pieces of white fish and a perfect fish skeleton, straight out of The Beano. 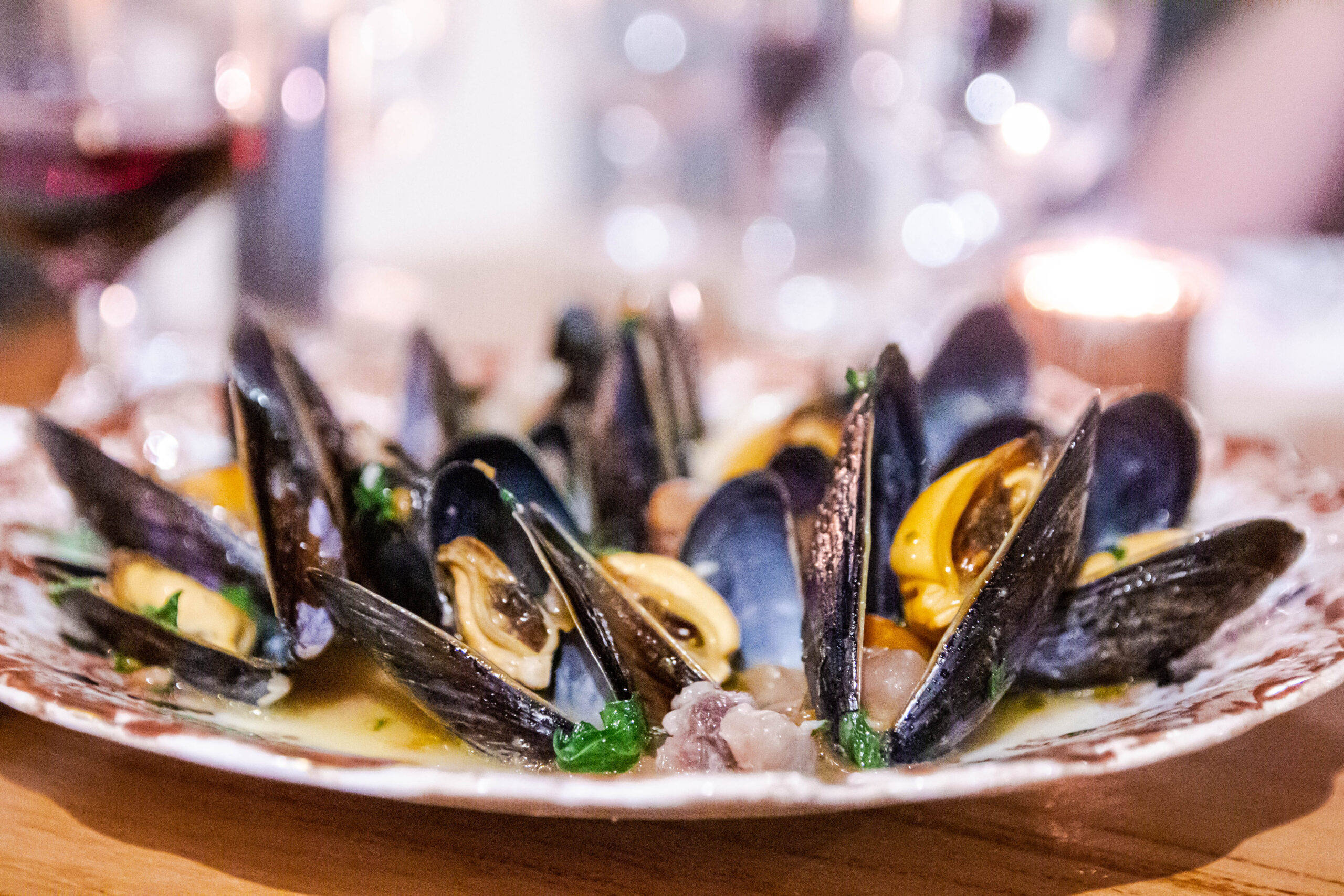 Best of all, the prices are surprisingly reasonable. The vast majority of dishes come in at under £10 – a steal considering the quality of the ingredients and ideas that have gone into them. The drinks menu is as good as it gets, meaning it works as both a place to drop in for a couple of post-work small plates or as an extended evening out, sampling as much as the menu as your belt buckle can take. 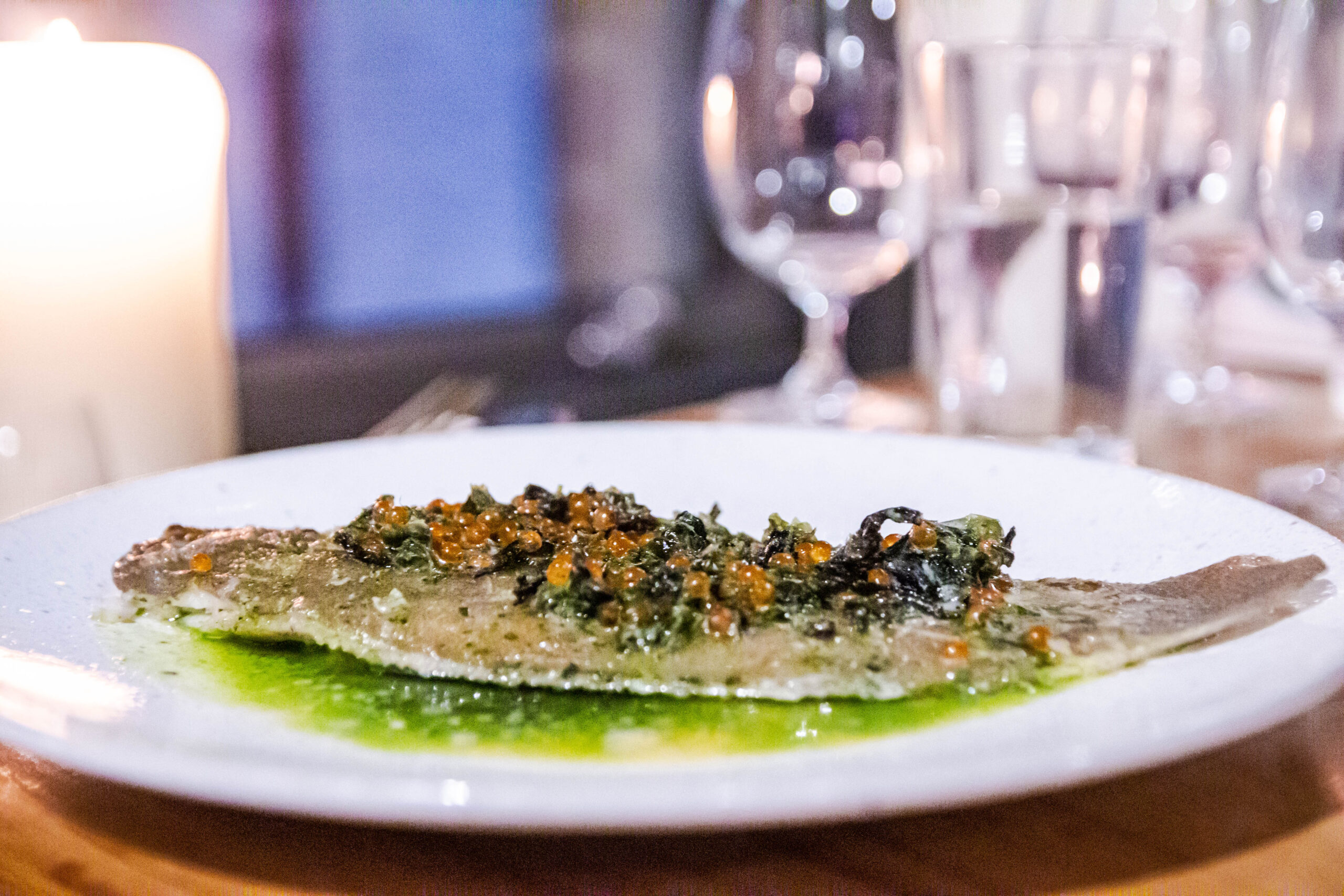 If Manchester is one of the world’s leading modern cities – as all the polls and travel guides insist it is – then Edinburgh Castle is at its culinary cutting edge. It’s hard to think of a restaurant that suits the city better.

Connect
with us on
Facebook
Families Until 23 December 2022, FREE