One Star Döner Bar is the latest addition to the fast-growing Escape To Freight Island, the exciting urban market located at Depot Mayfield. It’s headed up by chef Brad Carter of the Michelin-starred restaurant Carters of Moseley, who was inspired to create this rave-inspired gourmet kebab restaurant following an unforgettable street kebab he had in Berlin. The plans finally came together during lockdown 2020, when Brad’s main restaurant was closed.

While kebabs have a murky reputation in the UK as a post-night out snack, these are nothing of the sort. The same ingredients are used at Brad’s Michelin-starred restaurant, including the wonderful Mortedoner – made from Tamworth Mortadella sausage from Staford-Upon-Avon’s Paddock Farm. There’s a hefty amount of meat in these kebabs, encircled in a soft thick flatbread ordered in from a Manchester bakery, plus some shredded cabbage and some hot sauce. It has the salty kick from those late-night kebabs we’ve all tried, but with the quality levels ramped up sky-high. 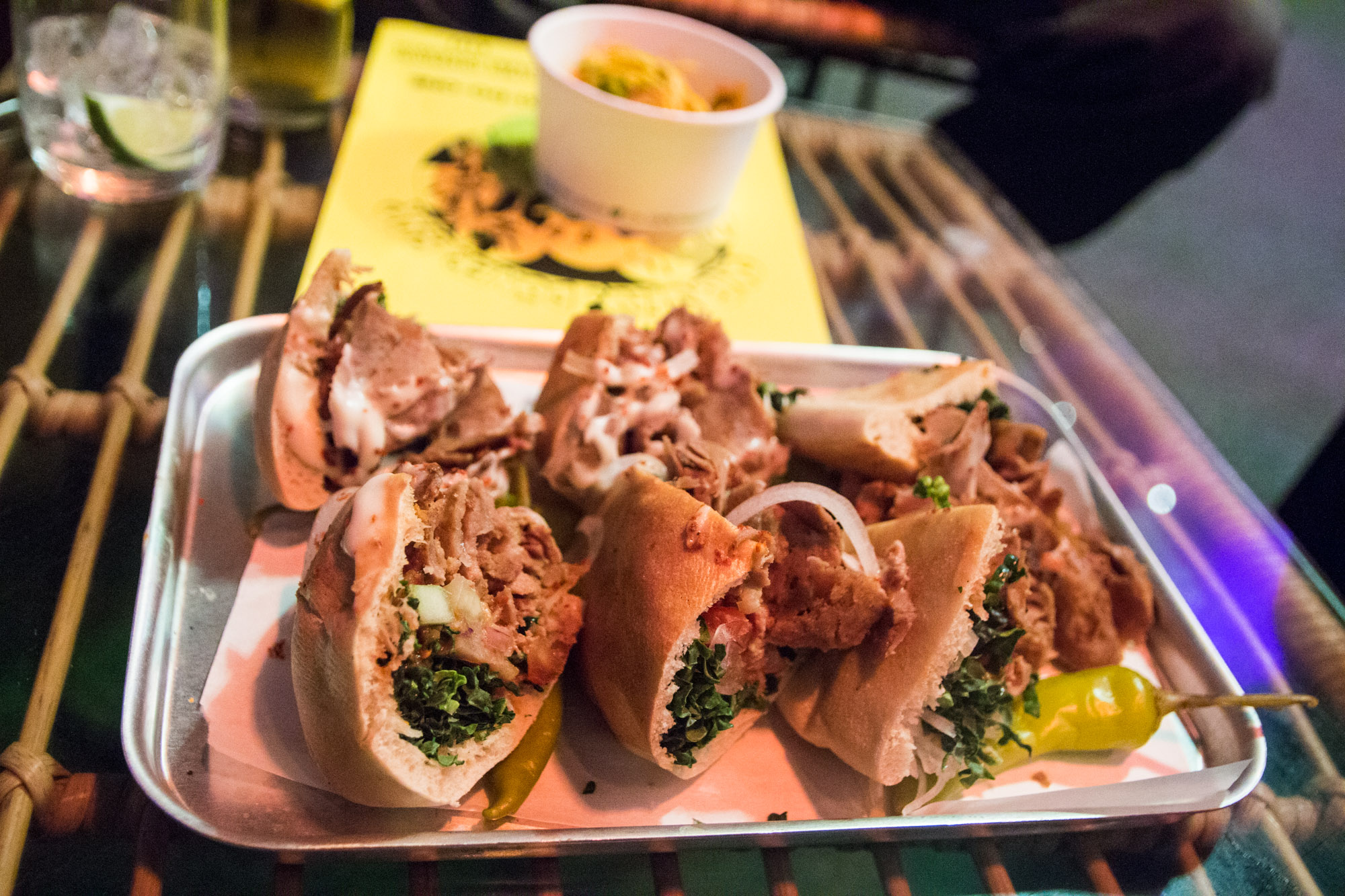 There are other versions, including chicken thigh and Cornish lamb, plus an array of sauces. The sides are equally exciting, with the amusingly named ‘technoslaw’ – a lurid yellow coleslaw made with a host of ingredients including onion, cabbage, shiitake mushrooms, turmeric and carrot.

The potato smileys are a particular favourite. Based on the childhood favourite by McCains, these come piping hot and soft in the middle with a crispy coating. You can get these topped with chicken nuggets and a spicy mayonnaise sauce, Turkish minced lamb or a creamy pepper sauce. The good news is all relatively affordable too, with a decent meal to be had for around a tenner.

Escape To Freight Island are pushing the boat out lately, with a host of new openings and pop-up dining areas. One Star Doner is based in one of the best spaces, with nicely-laid out seating, plenty of greenery and a superb soundsystem. And the food isn’t bad either.

Food and Drink in the North East

Our guide to food and drink in the North East of England, featuring restaurants and bars in Newcastle, Durham and Sunderland.