Looking for one of the best-looking spaces in Manchester? Mount Street is right up there, as you’d expect from the in-house restaurant at the high-profile Midland Hotel (along with its fine-dining elder sibling The French). But it’s not all about looks; here at CT HQ we’re all about good taste as well.

Happily, Mount Street has it in spades. The starters are excellent little morsels, with the Midland smoked salmon ticking every box. It’s an artfully laid out concoction of creme fraiche, potted shrimp and sea purselain (a texturally pleasing herb, found in coastal areas) and tastes like a seaside dream. 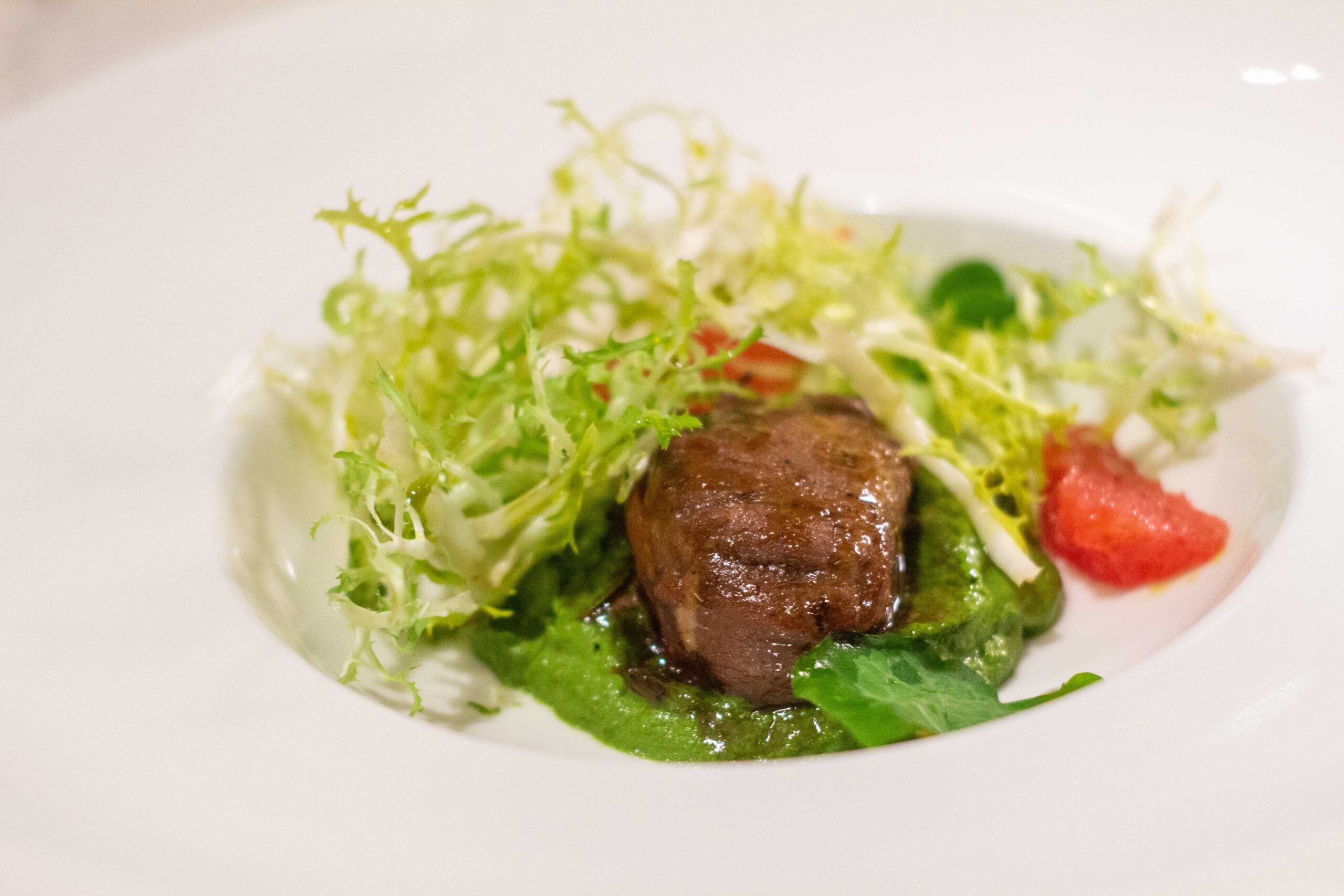 The slow-cooked pigs cheek is more down and dirty, all dark juicy aromas and soft flakey meat. It comes with some unexpected additions, such as watercress puree – interesting but not overly flavourful, as not to detract from the pork – and some pink grapefruit which works oddly well with the meat. It’s nice to see some smart ideas happening in the kitchen, which isn’t something often found in hotel restaurants. 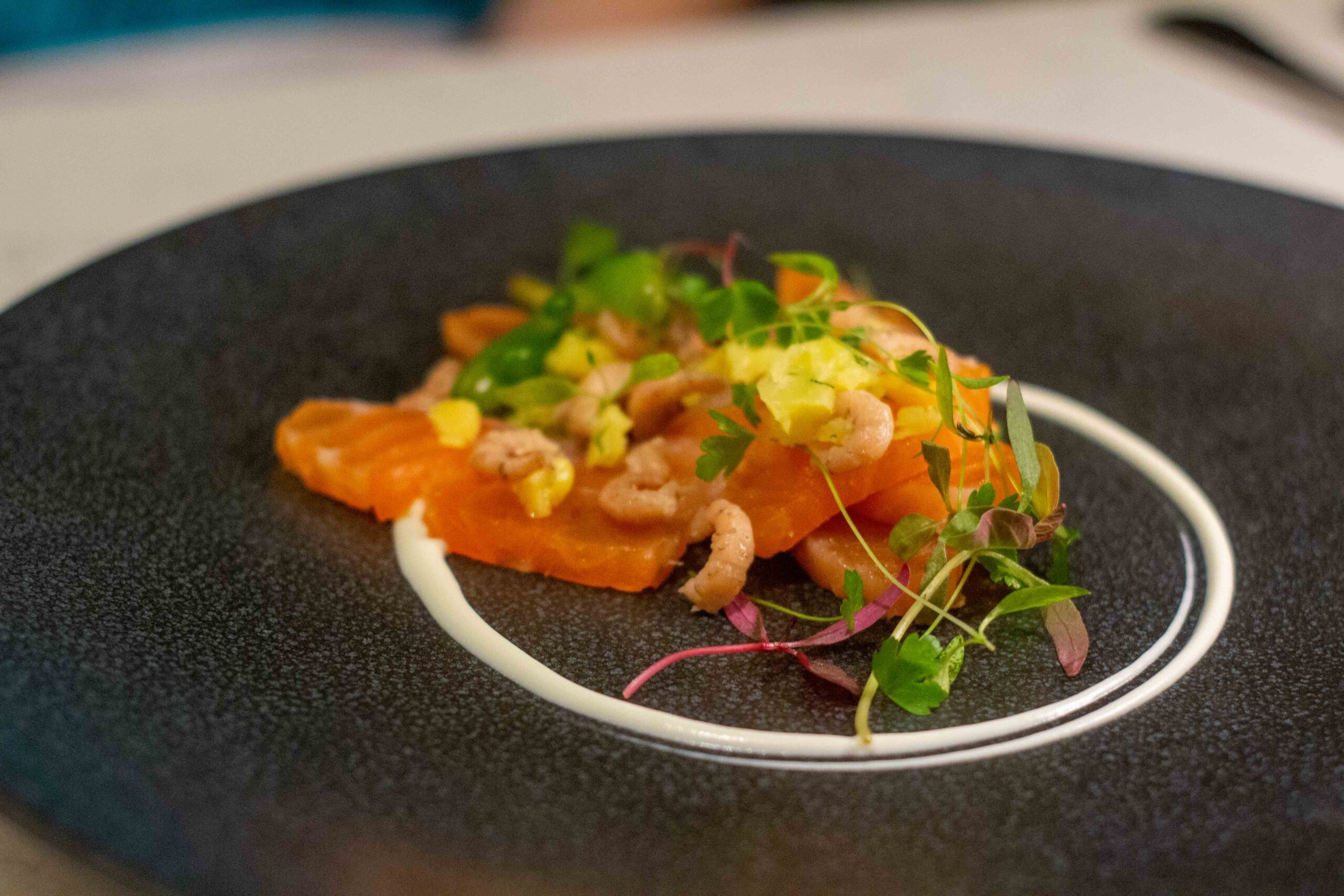 The starters are nice but the main courses are the real stars of tonight’s show. The sirloin steak is one of the best I’ve eaten in many month – cooked beautifully medium rare, nicely crisped up edges to the fat and for the ultimate salty mouth explosion, get a portion of the truly excellent blue cheese sauce (and ignore the calories on the menu). 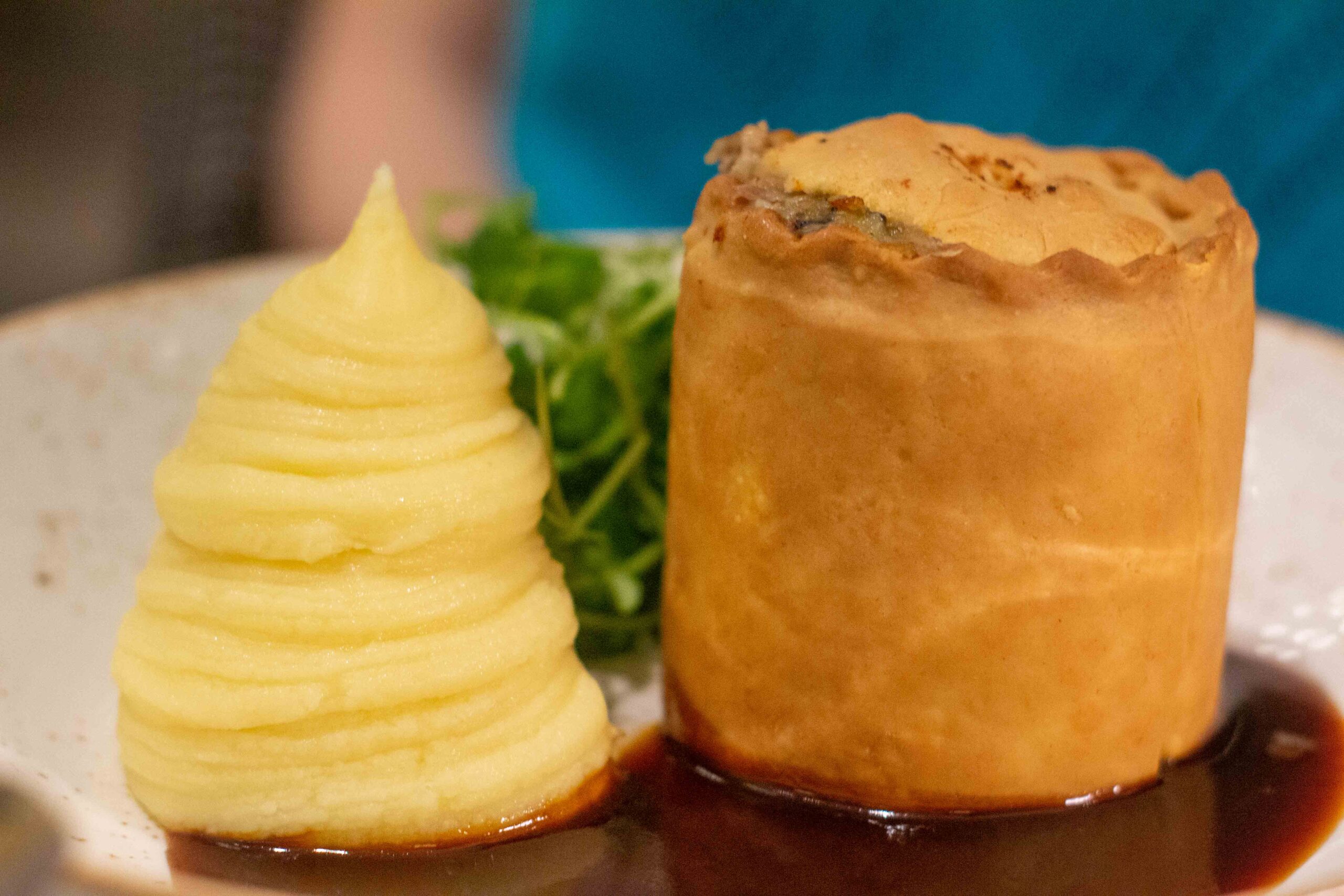 As for the pies, if this were Ebert and Siskel every thumb would be firmly up. They’re worth the visit alone. Homemade each day, with a thick crunchy-but-soft pastry coating, they contain a mountain of filling – in this case, wild mushroom and confit chicken, with some tarragon for good measure. The filling isn’t like any ordinary pie, where the meat is bulked out with sloppy gravy, it’s robust, juicy and downright award-winning. 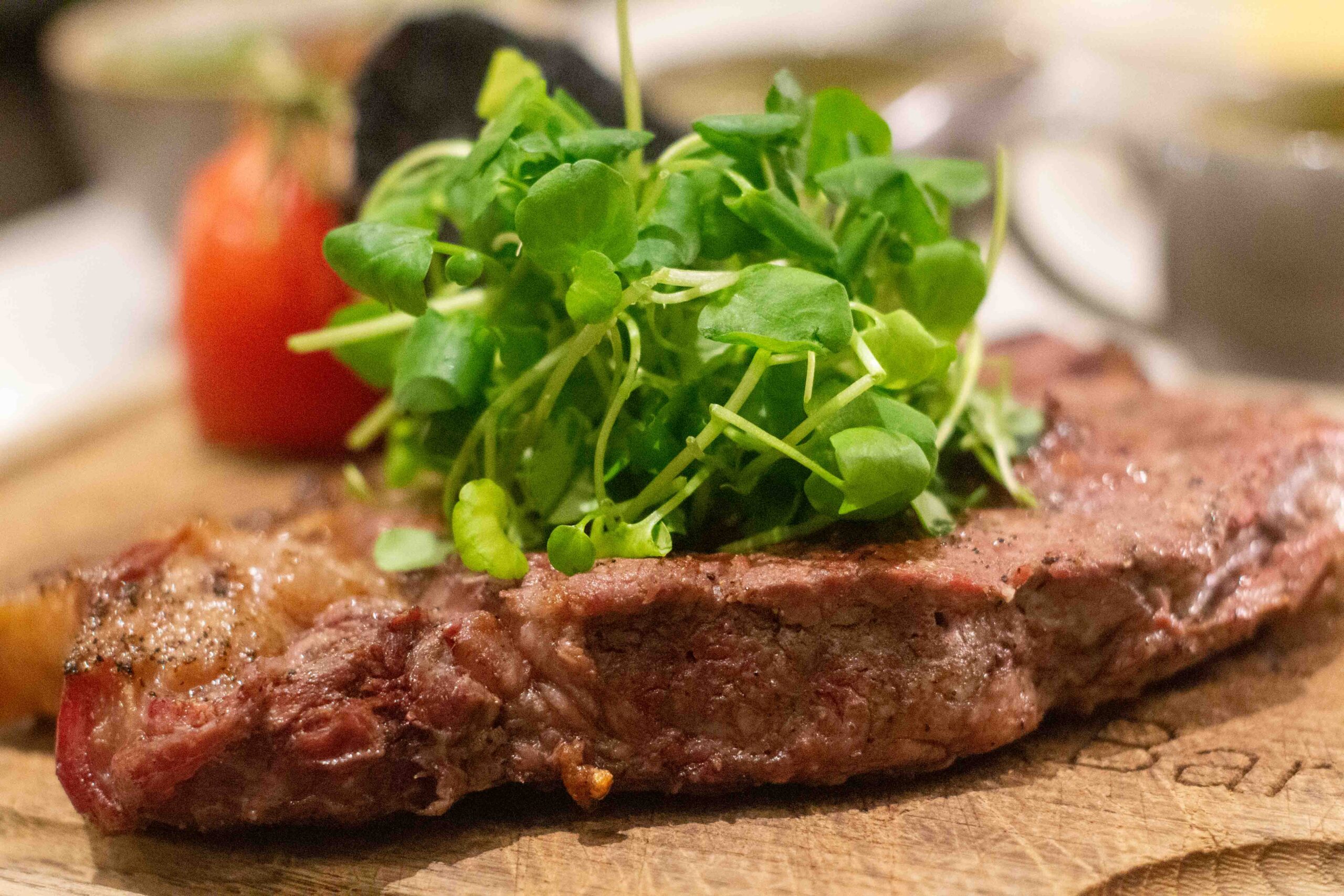 The desserts dance the line between traditional and fine-dining. The raspberry trifle is very creamy, with a capital cream. You won’t find much in the way of cake in there – that’s the job of the little sugary doughnut hoops on the side – but it’s a nice modern take on the British classic. 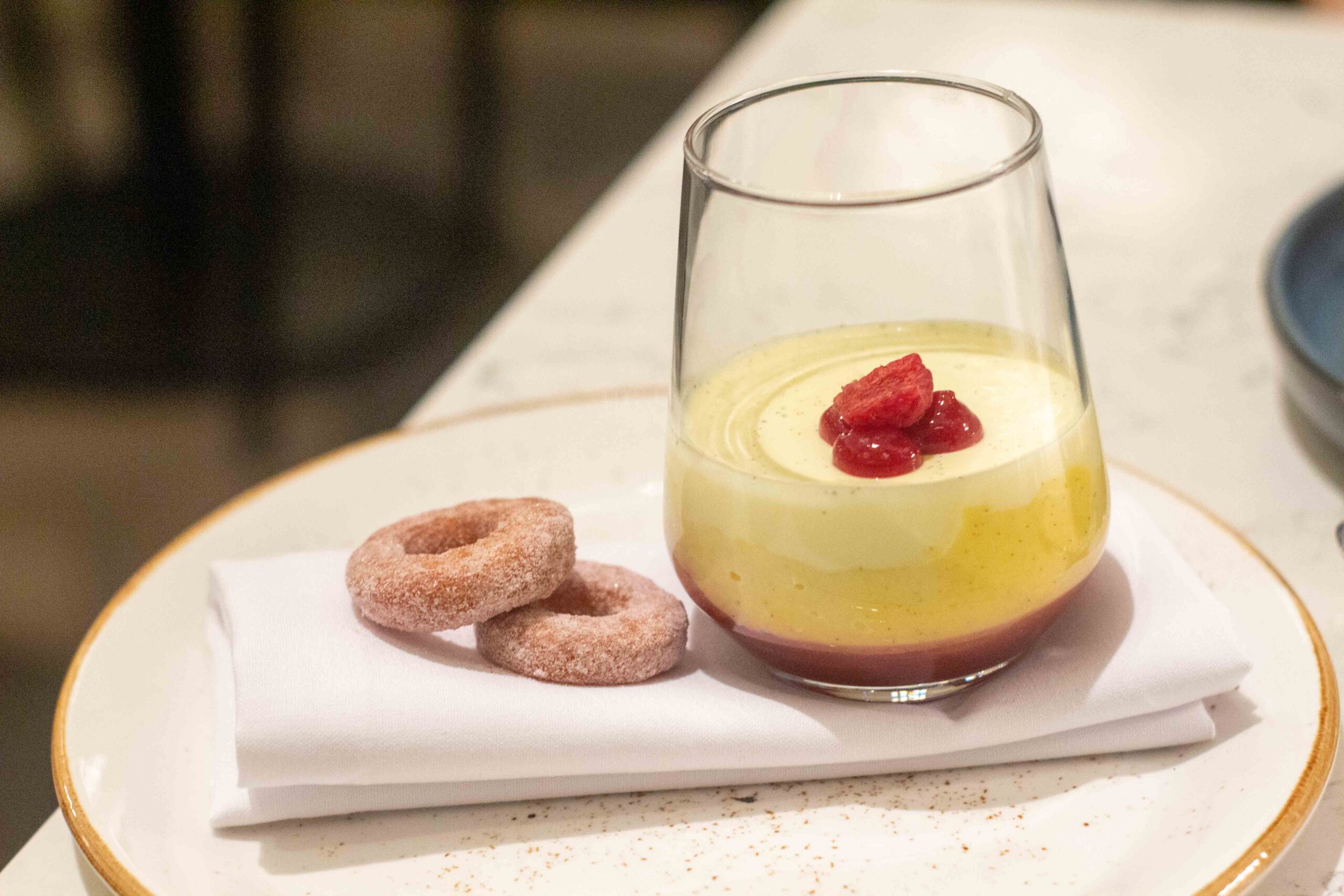 The dark chocolate delice doesn’t mess with the formula, and it doesn’t need to. It’s rich, dark and potent – aided in flavour by the smoked almonds and Maldon sea salt. 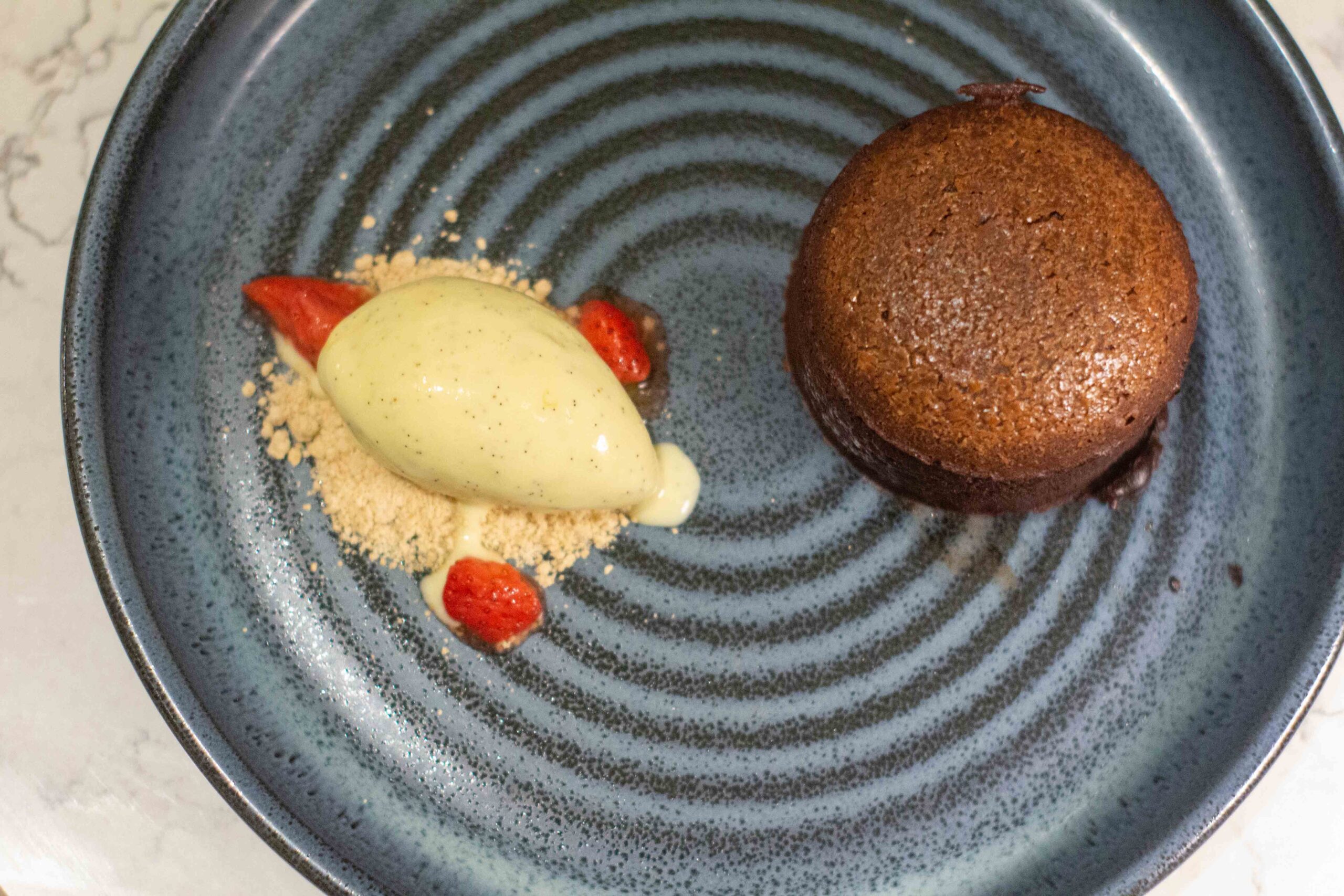 Mount Street surpassed expectations on this visit. The cooking is excellent, the food is a nice marriage between reliable old favourites and smart new concepts, but more than anything, I’m looking forward to a return visit for a pie. Rumours have been swirling around them for a few years now, and it’s a delight to find out they’re true and give them a hearty recommendation.