We Invented The Weekend

We Invented The Weekend is a brand new free festival for everyone, celebrating all the activities that make the weekend great. Head down to MediaCity and Salford Quays on 10 and 11 September for everything from wacky sports to musical canal cruises, family literary adventures to veg competitions!

A brand new free festival for everyone

The inspiration for this packed weekend festival goes right back to 1843 when the idea of the weekend was conceived and granted. Up until the 19th century, everyone in the UK worked a 6-day week. It was only in 1843 that workers’ rights activists launched a campaign to finish early on Saturdays. Headed up by Robert Lowes (Salford Lyceum director, activist and also Sir Ian McKellen’s grandfather), the movement successfully fought to win workers the right to leisure time on a Saturday. And the weekend was invented. A sweet gift to workers all over the world. 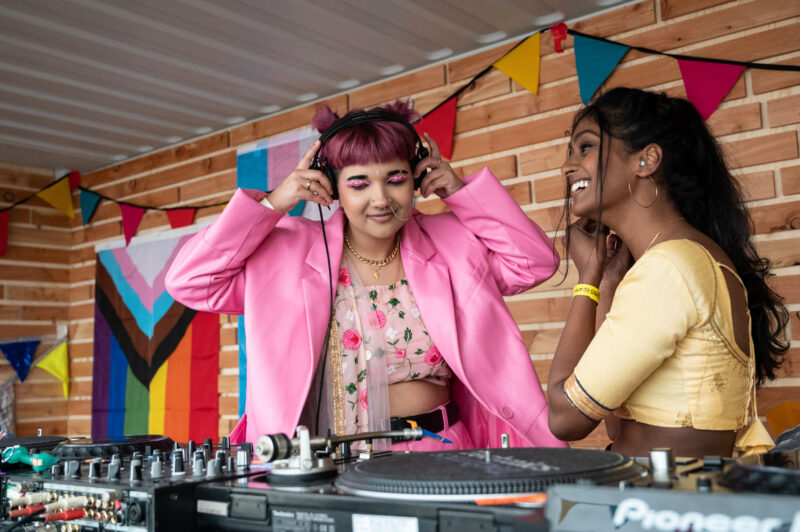 This huge achievement in history is set to be celebrated with a new, imaginative and free festival in Salford. It’s going to be an enormous, vibrant and thrilling weekend of theatre, music, sport, workshops, food, dancing and laughs to mark the freedom of leisure time and the importance of the weekend. Stretching right across MediaCity and Salford Quays, the weekend incorporates a Sounds From The Other City spinoff festival suitably titled Sounds From the Other Quays, an innovative classical Indian dance and music performance from Jham, a huge communal Sunday Roast, and even a dog show!

The festival has been created in partnership with some of the most influential cultural organisations across the city. 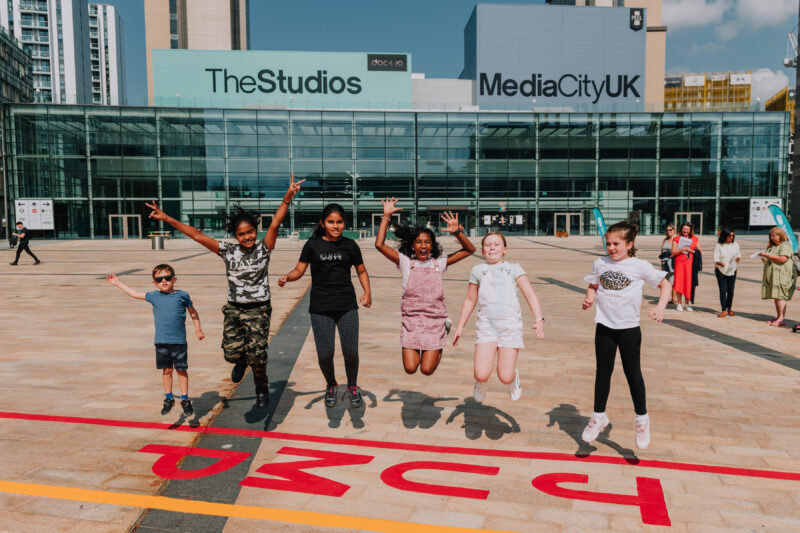 The festival is being overseen by designer Wayne Hemingway and has been created in partnership with some of the most influential cultural organisations and venues across the city. The Lowry, the University of Salford, Sounds From The Other City, RHS Bridgewater and the Science and Industry Museum will all feature. The BBC will also be contributing to the event, with a ‘mass community performance’ from The Weekend Orchestra alongside the BBC Philharmonic – read about that here. Hundreds of local community organisations have been invited to take part, too.

There really is something for everyone at We Invented The Weekend. See below for more of our top picks from this weekend of good times and celebration! 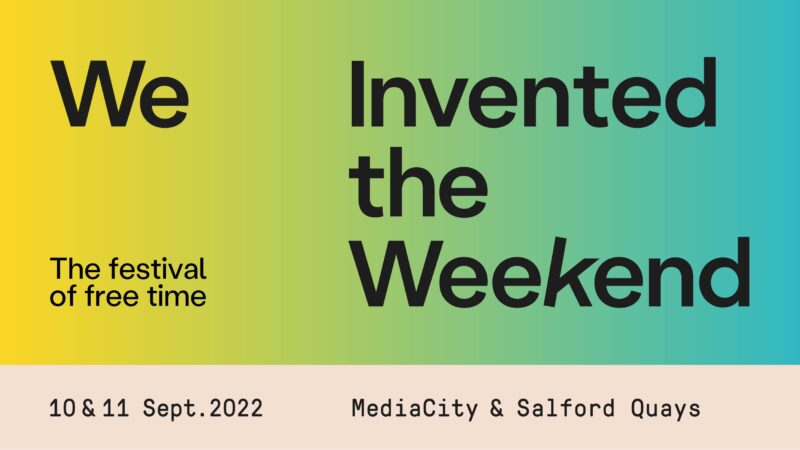 We Invented The Weekend at MediaCity and Salford Quays, Manchester

Want more?
Get it in your
inbox
Load more
Connect
with us on
Facebook
Music Until 16 February 2023, from £9.50