The Tetley Bar and Kitchen

Sitting south of the River Aire, a few minutes’ walk from Bridge End, The Tetley is a contemporary cultural centre built on what was once the Tetley brewery. Instead of brewing cheap beer for amateur drinkers, it now specialises in offering space for a different kind of artist, and is a hub for people wanting to exhibit, learn or just chinwag about the arts (it’s very much a Leeds counterpart to Manchester’s HOME). It also has a bar and kitchen area, so people can have a bite to eat and a drink. 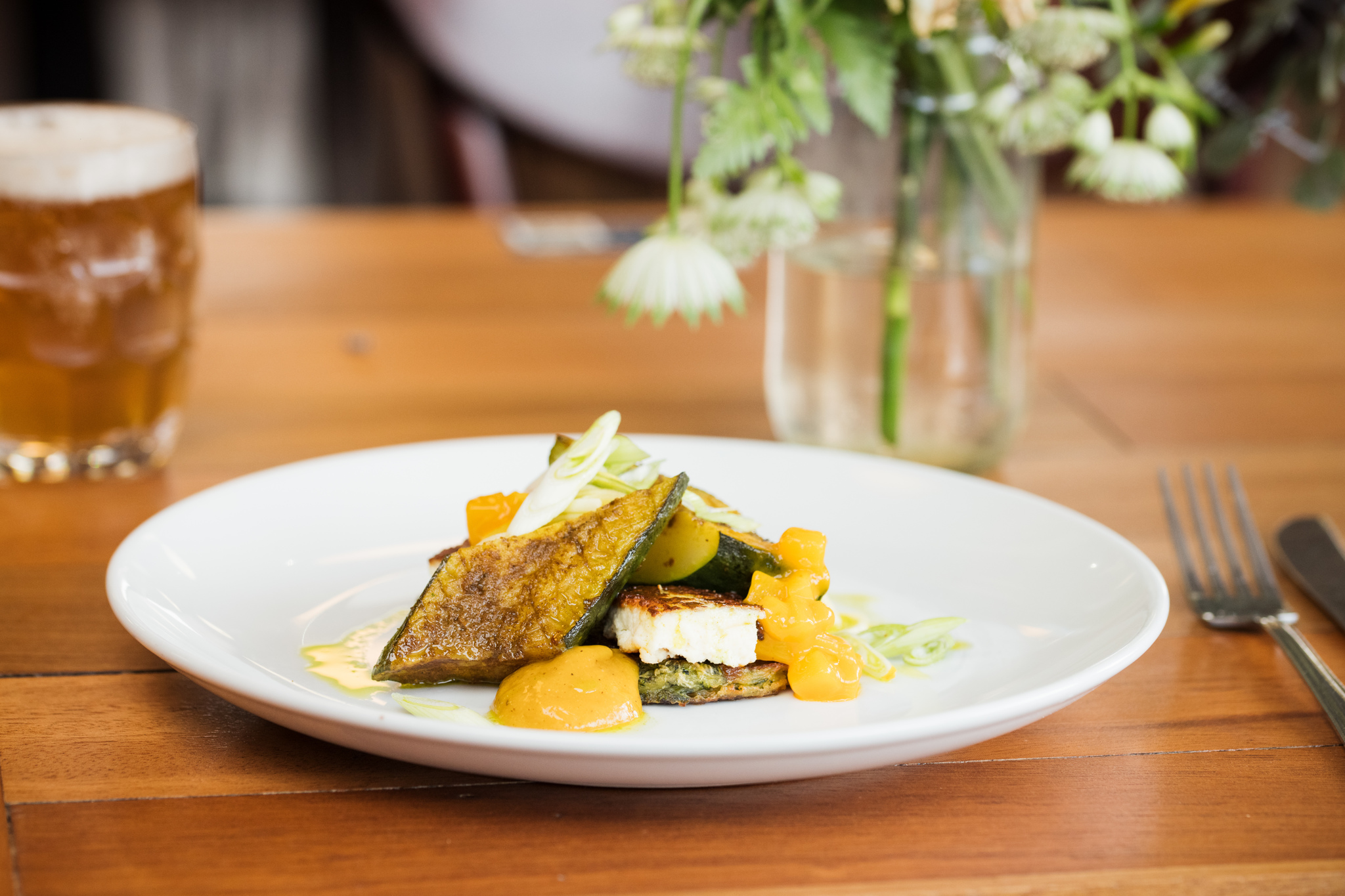 Like many places, it’s been closed a lot since the planet turned upside down last March, so The Tetley used this time for a refurb. The décor is a mixture of basic wood tables and chairs (fine for a quick lunchtime drink or snack) and leather suites (for longer, more relaxing afternoon drinking sessions). There’s also a new project called The Café Commission, wherein they’ll be commissioning local artists to contribute their masterpieces. They’ve kicked this off with Herfa Thompson’s Synapses Under A Vast Sky. I am no art critic – saying it’s colourful and bright is the best I can offer.

The Tetley’s main space is a hub for people wanting to exhibit, learn or just chinwag about the arts

It’s a space filled with natural light that pours in from the front terrace, which is freshly decked and sanded. They’ve also brought in a new head chef, Connaire Moran, who made a name for himself at a spell at Kirkgate Market’s The Owl. He’s a big fan of locally grown sustainable ingredients, which is always pleasing.

There are two menus, one for Sunday lunches and the other a summer-tinted lunch/brunch selection. We’re here to try the summer scran, a nice mixture of light meat and vegan dishes around the £8 to £10 mark. For the main, I order the stone bass fillet that comes with lightly roasted cauliflower, elderflower and grapefruit. It’s light and crispy, the stone bass perfectly cooked. Unless you’re on a low-calorie diet, a side is essential so I order some chips. These turn out to be Parmentier potatoes – they’re beautifully salted with fennel and covered in handsome dollops of a light green aioli. My guest orders the fried chicken, which unusually comes on a single sweetcorn waffle with ale syrup and fermented chilli. As a pescatarian I’m unable to try the chicken, I take his word for it when he remarks “It’s well seasoned, moderately spicy, and the sweetcorn waffle was a minor revelation.” 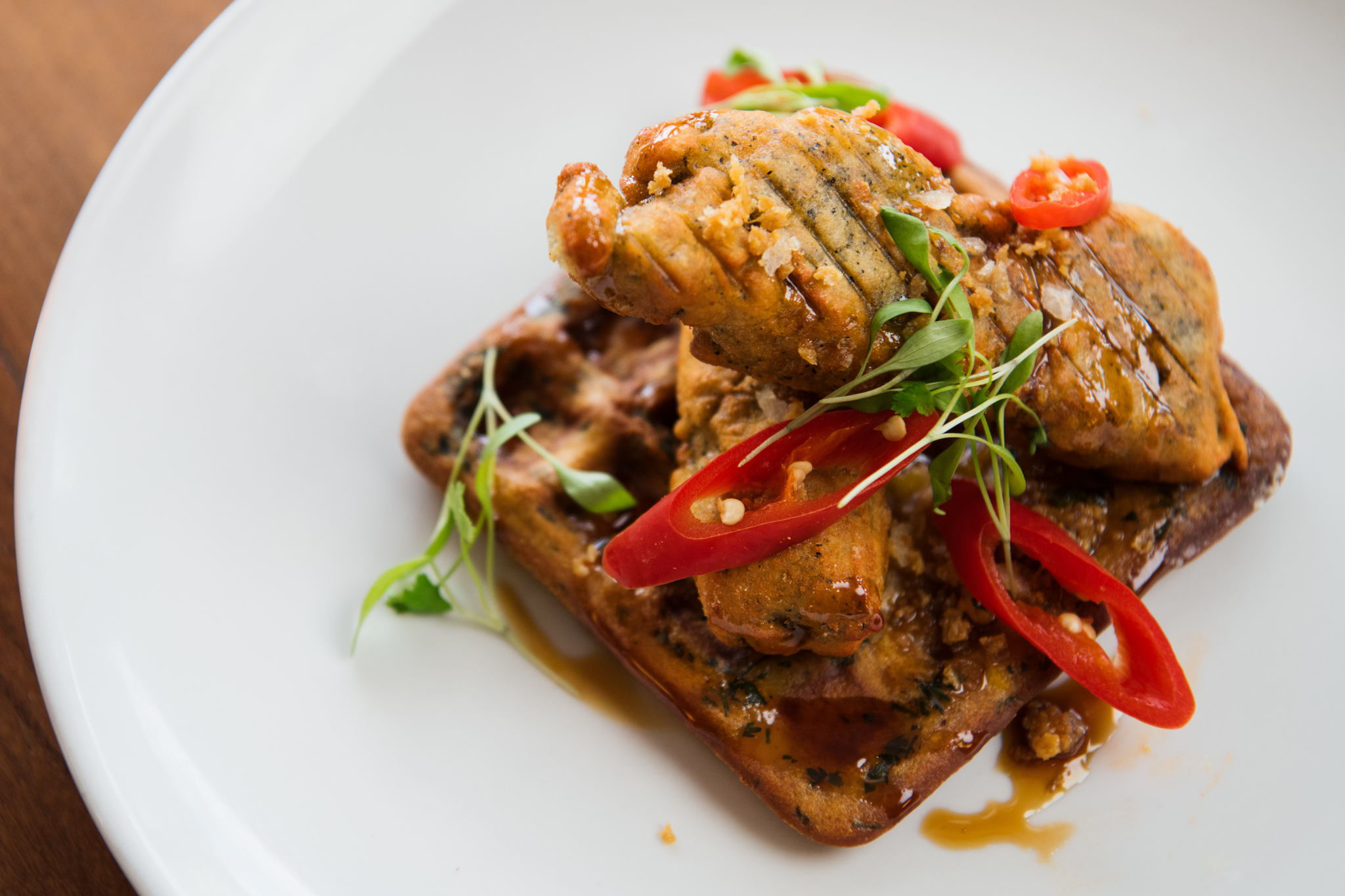 For dessert we go for Affogato, a small blob of ice cream in a glass served with a shot of espresso. It’s orgasmic in flavour, the ice cream offering much-needed refreshment in a summer heatwave. Don’t expect to leave rubbing your belly from gluttony; quality over quantity is very much the essence, and it being summer when appetites are strangled – that works just fine.

“The sweetcorn waffle was a minor revelation”

It also has a well-stocked bar of lagers, wines and spirits. There’s enough booze here to fuel Bezos’s New Shepard rocket into the sun – ideally with him flying it – with enough left over for mankind to raise a toast to his newfound 5,500C temperature. They’ve also launched a Friday social, the one night a week it’s open late (10pm) with local DJs rattling out tunes for those wanting a session and dance after work. Check the website for the full menu and prices.

Food and drink delivery in Leeds

Some of the best food and drink delivery choices in Leeds. Here are the very best produce, alcoholic drinks and semi-prepped meals in the city available for delivery and sometimes collection.

Food and drink in Leeds is a contrast of old-fashioned and cutting edge contemporary. Hearty traditional food can be found alongside innovative street food, all preferably served with a beer from one of the city’s many local breweries.

The Beck and Call Leeds

Connect
with us on
Facebook
Load more
Exhibitions Until 29 August 2022, FREE

Bubu Ogisi: I am not myself at The Tetley

Want more?
Get it in your
inbox
Exhibitions Until 18 September 2022, FREE

Emily Hesse: The Witches’ Institution (W.I.) at The Tetley

Lungiswa Gqunta: Sleep in Witness at The Henry Moore Institute