When it comes to hidden gems, it doesn’t get better than Hong Kong Choi. Tucked away out in Salford, a few minutes walk from Bury New Road, this family-run Asian restaurant is quietly putting out some of the most awe-inspiring and original food in the North. It bills itself as a “modern cha chaan teng” style restaurant, a kind of Hong Kong cafe named after the popular milk tea they sell.

The kitchen is home to a wealth of cooking talent, including at least one chef with Michelin star restaurant experience

Excitingly, the kitchen is home to a wealth of cooking talent, including at least one chef with Michelin star restaurant experience. The venue looks like a little piece of Cutting Room Square in Ancoats has been dropped into the heart of Broughton, all huge floor-to-ceiling windows and quietly-elegant furnishings. And if you’re nosey, as I most certainly am, you can nip outside and watch the chefs at work through the window. 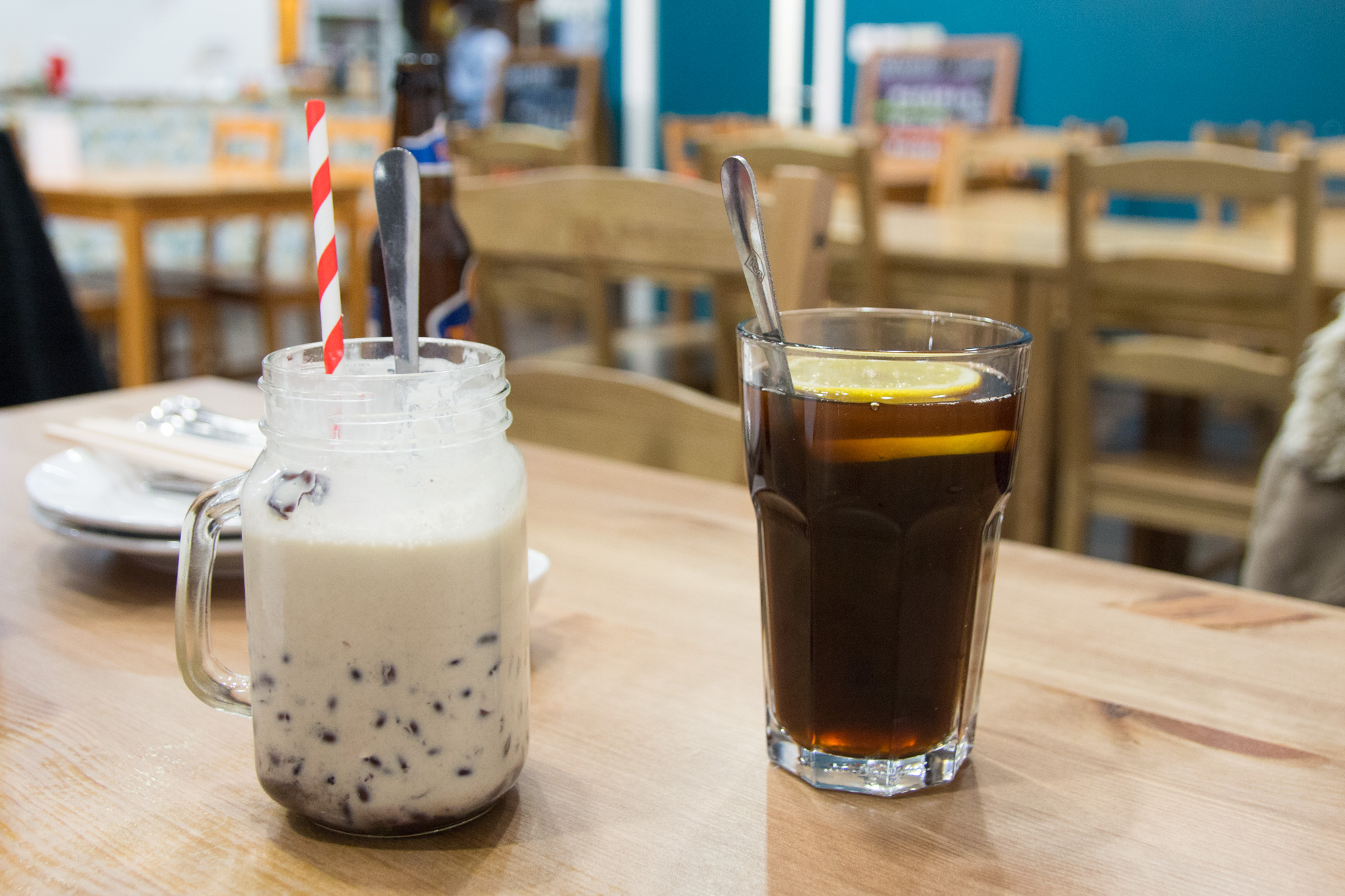 Due to its location and history as a British colony, Hong Kong cuisine has a huge range of influences, including Cantonese, British and European, and this is immediately clear on Hong Kong Choi’s inventive and globally-inspired menu. Dishes include fascinating options such as beef brisket in tomato macaroni soup, Hong Kong-style African chicken, baked rice dishes smothered in cheese and dozens more dishes that you won’t find anywhere else in Manchester.

Britta, who works front-of-house, is a delight, answering my incessant questions with cheerful ease. Of course, this isn’t the place for in-depth geopolitical discussions but it seems recent political changes have led many Hong Kong residents to move to the UK, with many deciding to settle in Manchester, where they can enjoy a modern city lifestyle without the expense and stress of London. 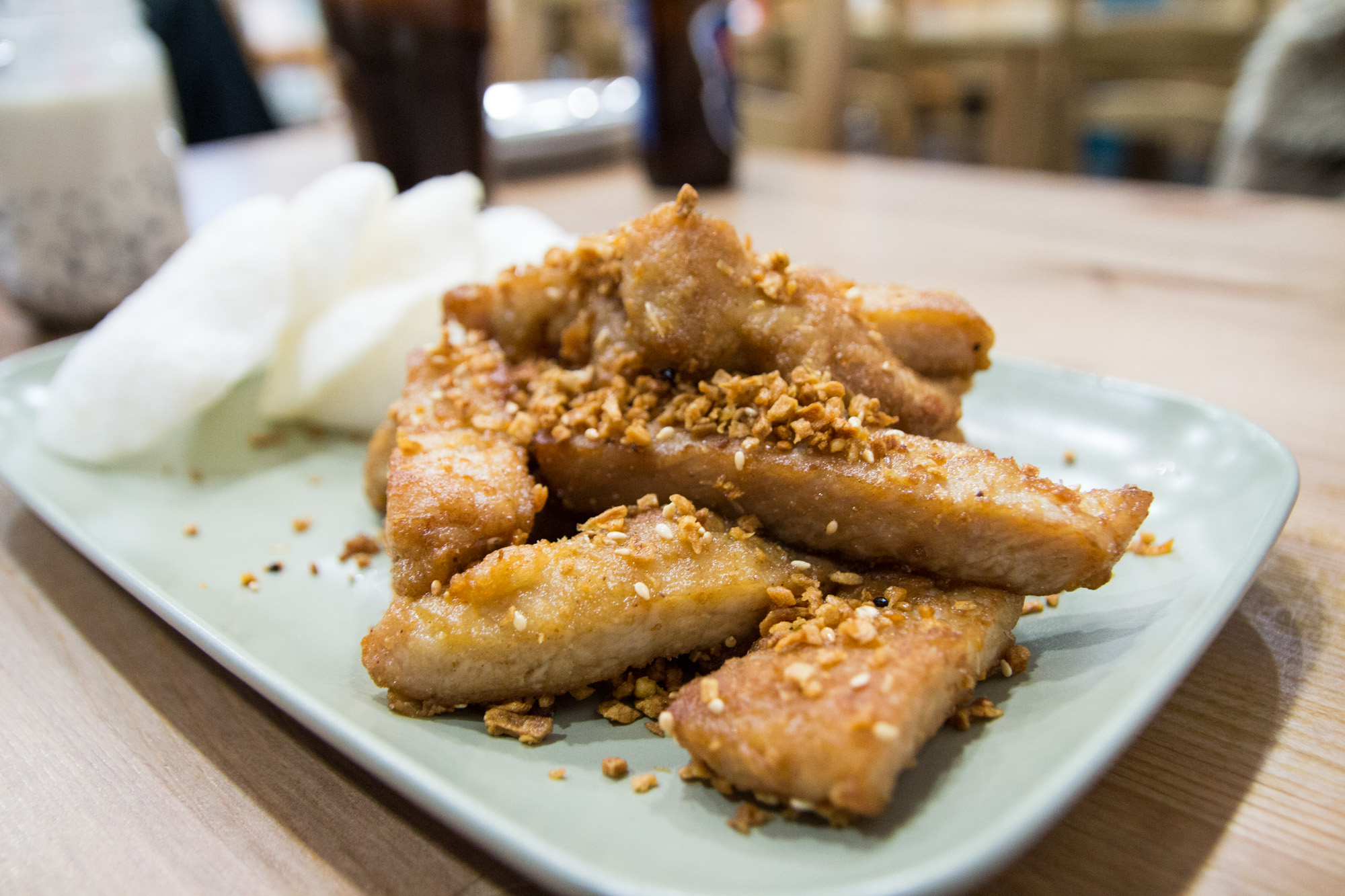 Astonishingly, this is the family’s first restaurant. Everything has been tailored towards delivering an authentic Hong Kong feel while being open to all, from the soundtrack of 80s and 90s Hong Kong music to the bright, neat layout and efficient service.

We put our choices in Britta’s capable hands and start with a red bean ice drink and a ginger lemon boiled coke. The boiled coke delivers a wonderful hit of hot, spicy ginger with each sip, perfect for these current cold nights; while the milk tea is a revelation – a creamy, multi-layered experience taking in thick ice cream, milk and earthy red beans. 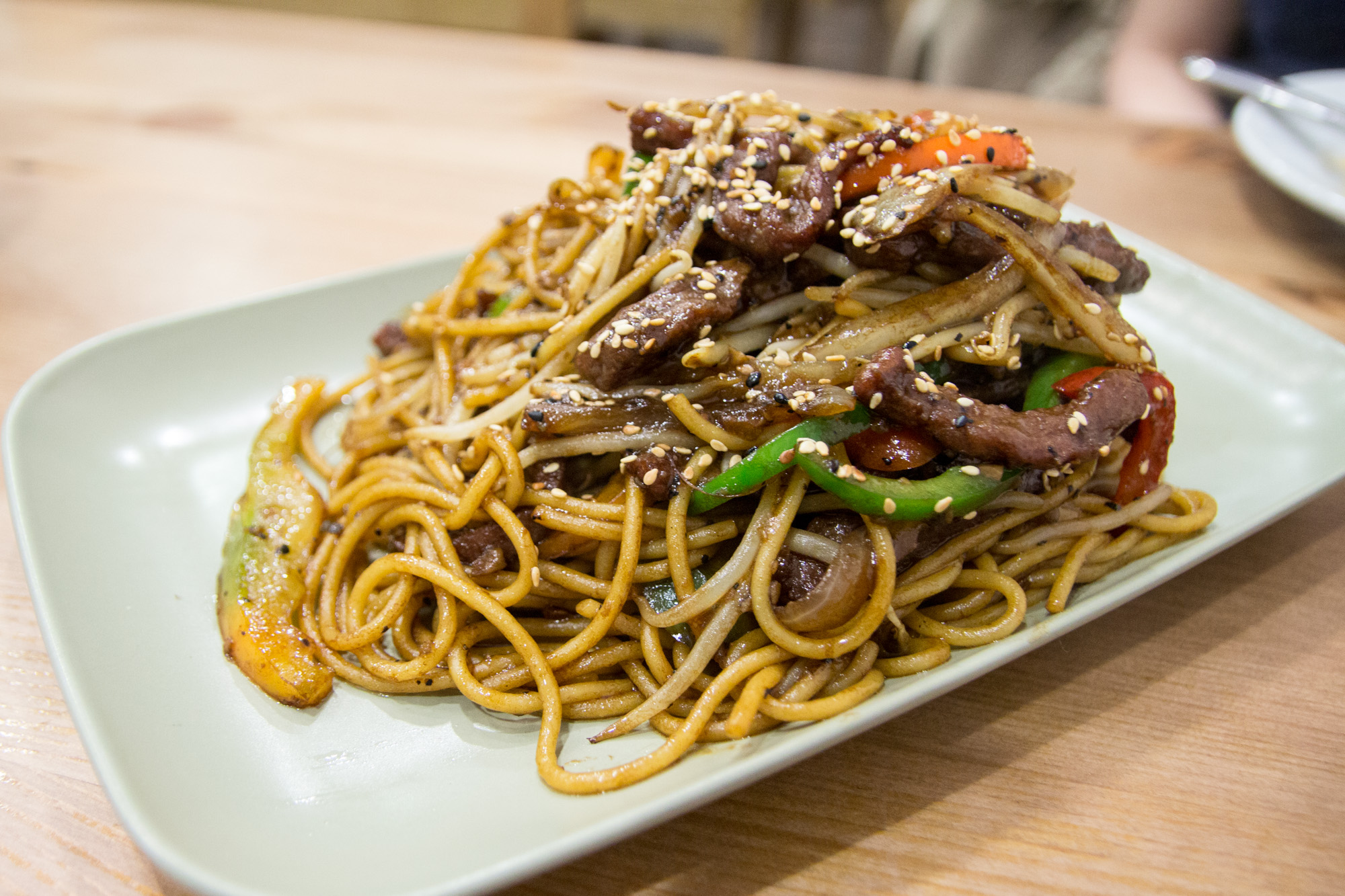 First, a little bowl of ambered walnuts with sesame seeds, crunchy and delicious. Then, half a dozen freshly-made dumplings with a mini pot of addictive crispy chilli oil. These are vastly more exciting than the supermarket-sourced versions you’re likely used to, piping hot from the pan and full of mouth-watering seasonings I couldn’t even begin to guess at.

And this is why Hong Kong Choi is quite so special. The menu might be full of fascinating-sounding dishes but everything, from traditional dumplings to specials like the tomahawk steak or Hong Kong lasagne is made fresh and with high-quality ingredients. No pre-made, frozen produce in sight.

Next, salt and pepper typhoon pork loin. Rather than referring to powerful, blazing heat, as I mistakenly thought, the name refers to the typhoon shelters where dishes like these were once prepared and cooked. The pork is soft and salty, coated with a paper-thin layer of batter and scattered with flavour-packed seed-sized specks of salt and pepper flavour. Once tried, never forgotten. 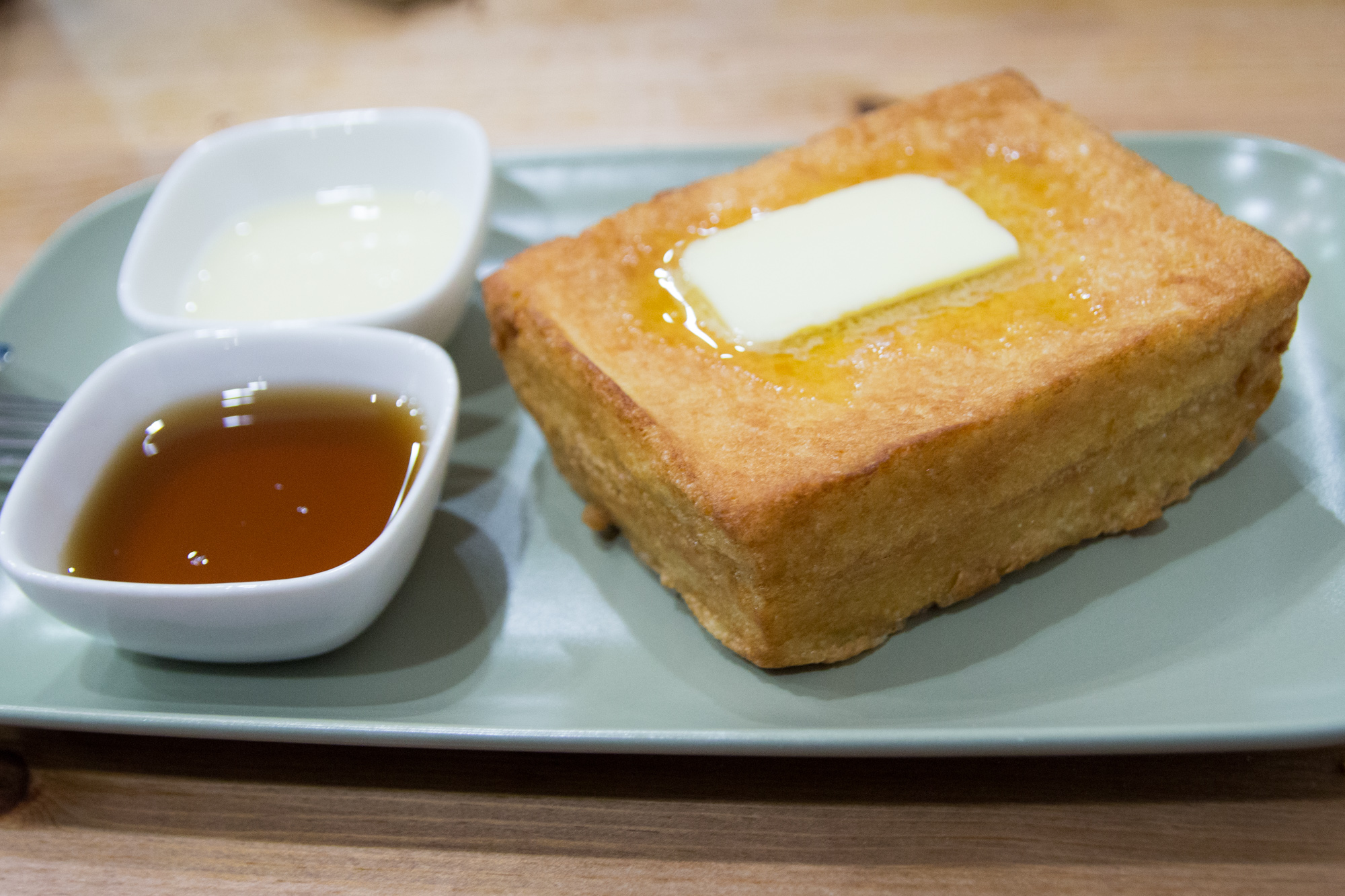 The stir-fried spaghetti with sliced black pepper steak is a truly special dish. Think of it as a beef chow mein with all the taste meters turned up to ten. The spaghetti turns out to be a vastly superior replacement for noodles, like a more slippery and soft udon, while the black pepper sauce is something straight from umami heaven.

One of the most exciting new restaurants in Manchester

Finally, authentic Hong Kong Fresh toast. Two thick slices of bread, first pan-fried then smeared with peanut butter, then deep-fried and served up hot, with a square of butter slowly melting into it. Oh and a pot of maple syrup and thick, gloopy, delicious condensed milk on the side. Rest assured, your 10,000 steps per day won’t make a dent in this. But it’s worth it. It’s the ideal sweet, rich, impossibly unhealthy end to an exceptional meal. But be quick, this is currently a temporary item so might drop off the menu soon.

It’s no exaggeration to say Hong Kong Choi is one of the most exciting new restaurants in Manchester. Every element is executed perfectly, from the venue to the staff, and most importantly the food. I heard about it through a friend who spent a decade living in China, who declared it worthy of a Michelin star. On tonight’s showing, it’s impossible to disagree.

Want more?
Get it in your
inbox
Load more
Exhibitions Until 3 July 2022, FREE