This Bank Holiday Monday, Salford’s Working Class Movement Library is hosting its first virtual ‘Radical Sounds’ event – a celebration of working class culture in the form of live music and radical readings. The event is under the curation of venerated actor and activist Maxine Peake, who has put together an eclectic line-up of artists for an evening of online entertainment.

On the music side of things, we look forward to seeing Peake herself take to the stage with longtime collaborators, Eccentronic Research Council. Expect dark, psychedelic electronica from vintage synth enthusiasts Adrian Flanagan and Dean Honer (also of The Moonlandingz), overlaid with sharp-tongued, folkloric spoken word by the event’s curator.

Peake will then pass the mic to vocalists Leonore Wheatley (The Soundcarriers) and Katie Mason, who, together with Flanagan and Honer, make International Teachers of Pop – Sheffield’s cherished ‘nerd disco’ outfit. Their eponymous debut album drew on the likes of Giorgio Moroder, Pet Shop Boys and Kraftwerk, winning acclaim from critics as well as the likes of Jarvis Cocker and Iggy Pop. Their much-anticipated follow-up, Pop Gossip, is due on the 28th August.

Alongside the music, a plethora of celebrated actors, poets and musicians will be reading from works including The ballad of Joe Hill, Emil Cioran’s Faces of decadence and Bertolt Brecht’s A worker reads history. Behind the mic will be Christopher Eccleston, Nico Mirallegro, Kris Hitchen Carla Henry, Olive Morris, Natasha Cottriall, Maxine Peake and Lias Saoudi (Fat White Family & The Moonlandingz).

The event is free to attend, but viewers are encouraged to donate to the Working Class Movement Library –  a unique, socially conscious charity that’s in need of support. Based in a former nurses’ home, the library is a historical treasure trove, with records of over 200 years of organising and campaigning by ordinary men and women. It houses books, pamphlets, personal archives, photographs, plays, poetry, songs, banners, posters, badges, cartoons, journals, biographies, newspaper reports and more –  all of which tell the story of Britain’s working classes from the earliest days of industrialisation to the present day. 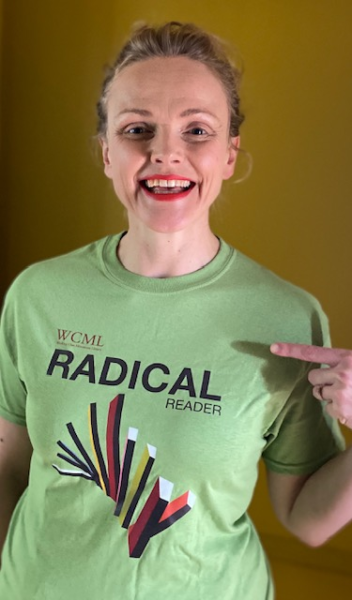 Connect
with us on
Facebook
Exhibitions Until 9 October 2022, FREE