Manchester Craft Beer Festival returns to Manchester in all its glory this summer. On 22 and 23 July, you can celebrate craft brewing at Freight Island in the Depot Mayfield, by sampling a selection of beer from over fifty breweries.

Food from some of the North’s most exciting chefs

Your ticket not only includes all your beer and a free tasting glass but access to live performances from musicians Goldie, Norman Jay MBE and David Holmes too. 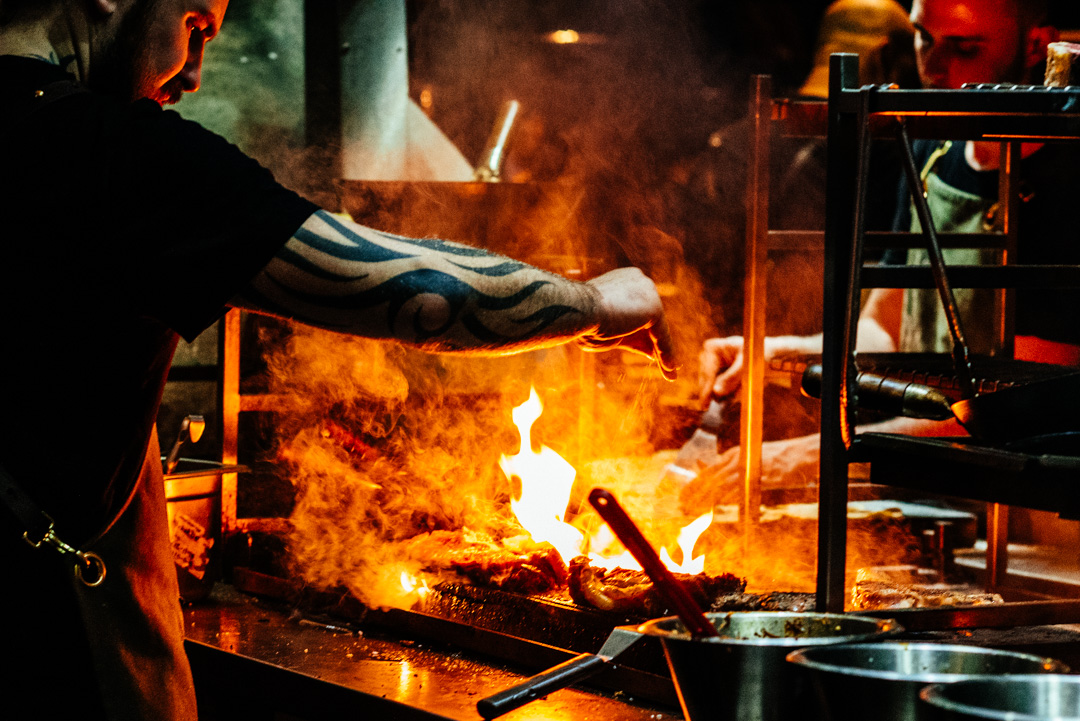 To complete the experience, there’ll be food from some of the North’s most exciting chefs. You’ll have the opportunity to try the festival’s new open fire pits feasting concept featuring: South American asado from Country Fire Kitchen, local Caribbean favourites Jerk Junction, South African flavours from Chakalaka, and spectacular dishes such as low smoked pork shoulder encased in handmade doughnuts by From The Ashes BBQ.

We attended a preview event at Beermoth Café where Greg, co-founder of the festival’s organisers We Are Beer, told us all about the event and talked us through four of the delicious beers you’ll be able to try.

First, Lost & Grounded’s Märzenbier, an amber lager famous for being swigged at Oktoberfest. It’s strongly honey-scented with a dark amber profile, and best described as a smooth, easy-drinking beer with an unexpected ABV of 5.6%. Unlike other amber beers, it’s only mildly malty, and tastes like you’re drinking steins in a Munich beer hall.

Next up is Full Dome by Manchester’s very own Track Brewing Company. Inspired by East coast US flavours, this DIPA is juicy, hoppy and totally tropical. It has an ABV of 8.5% and you can certainly taste it. After enjoying this one so much, it’s hard to move on to the latest Biére de Saison by The Kernel Brewery, but we live to serve.

This year’s seasonal offering from the Bermondsey-based brewery is sour cherry flavour. It’s a blended beer aged on macerated cherries, with a cherry colour and seriously tart flavour. Greg advises us that it goes fantastically well with blue cheese, and guess what? He’s right.

For beer-festival-goers, dessert comes in the form of Peel and Bean from Tallinn’s Põjhala brewery. A rye porter brewed with cacao nibs and orange zest, it’s smooth and chocolatey with a sour note. It’s a delicious find, bound to convert many non dark beer drinkers, such as yours truly.

This is just a small sample of the many, many beers you’ll be able to knock back (responsibly) at the festival. Imagine all this and more with high-end barbeque food and outstanding live DJ sets to boot. Fingers crossed the weather will bring sunshine to go with it all, for the perfect summer outing.

Best places to drink outside in Liverpool

Outside spaces are going to be key when it comes to going out for a drink over the next few months. Here’s our guide to the best in Liverpool.

Places to drink in The Northern Quarter

There’s no shortage of places to drink in the Northern Quarter. From hidden bars in launderettes and pawn shops, to record stores and even traditional pubs. We round up the best Northern Quarter bars.

Connect
with us on
Facebook
Load more
Exhibitions Until 14 August 2022, FREE