Manchester Literature Festival’s spring programme continues as the new Young Producers Collective launches FLUX, taking words from the page to the stage. Described as “trailblazing”, FLUX brings together a range of multidisciplinary artists to celebrate and explore how we tell stories, re-engaging audience members with the form by creating an immersive, dynamic space where they can connect to the words through storytelling, spoken word, DJs and live projection art. FLUX features digital artist Sean Clarke alongside writers and performers Keisha Thompson, Amerah Saleh and Testament.

Just unveiled as new artistic director and CEO at Contact in what is being described as a ground-breaking appointment, Keisha Thompson is a Manchester-based writer, performance artist and producer, whose 2018 show Man On The Moon explored fatherhood within the Black British experience. A recipient of The Arts Foundation Theatre Makers Award 2021, Keisha is the senior learning programme manager for The World Reimagined of Children, chair of radical arts funding body Future’s Venture Foundation, a MOBO x London Theatre Consortium fellow and a member of Greater Manchester Cultural and Heritage Group.

Amerah Saleh is a spoken word artist and co-founder of Verve Poetry Press, who published her first collection I Am Not From Here in 2018. She is a board member of Apples & Snakes, the main organisation promoting performance poetry in Britain, and she champions the Birmingham poetry scene. Amerah has performed around Europe and her work touches on identity, womanhood, religion and the obscure idea of belonging only to one place.

Testament is an acclaimed rapper, playwright and world-record-holding beatboxer based in West Yorkshire. His radio play The Beatboxer was nominated for the Imison Award at the BBC Audio Drama Awards 2020 and his play Black Men Walking was nominated for best play at The Writers Guild Awards 2019 and Best New Play at the UK Theatre Awards 2020. Testament was Channel 4 writer-in-residence at Manchester’s Royal Exchange Theatre and his show Orpheus In The Record Shop was broadcast on BBC television last year (and is available on BBC iPlayer).

Manchester Literature Festival’s Young Producers programme provides the opportunity for 16- to 25-year-olds to curate and deliver an event for the festival, giving them a budget, support and guidance to help bring their event ideas to life, and offering upcoming artists an equal platform alongside established voices. 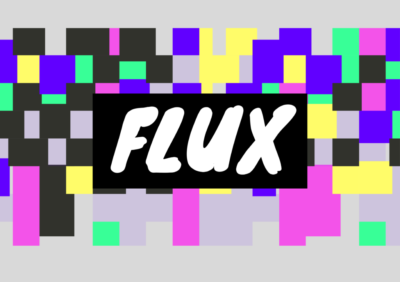 Our editors’ annual list of some of the best-looking arts and cultural events in Manchester and the North in 2022.

Read our guide
Want more?
Get it in your
inbox
Load more
Restaurant