The Stoller Hall’s Christmas programme is always a highlight of the festive cultural calendar, and this year is no different; making up for last year’s snowed-in celebrations, the venue has curated its biggest ever festive season, brimming with tinsel-clad choirs, classical singers, big band spectaculars, family theatre and an artisan market.

The bulk of the season takes place over the course of one jam-packed weekend: 10 December to 12 December. First up on the Friday is Handle’s Messiah – as much a Christmas fixture as mince pies, Home Alone and your nan overdoing the sherry. Faithful guardians of this tradition, Salford Choral Society have performed the work every year since their foundation in 1947. This time around, they’re joined by orchestra Baroque in the North, under the direction of Conductor Tom Newall. Audiences are invited, on the same day, to support young talent and get into the festive spirit with Christmas carols and festive arrangements performed by singers and brass musicians from Chetham’s School of Music. 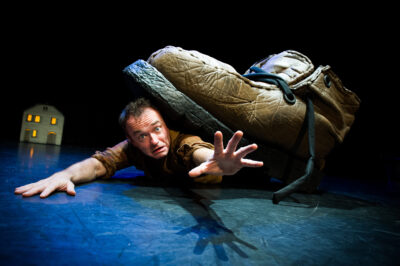 On Saturday 12 December, meanwhile, Jack and The Beanstalk gets a Christmas makeover courtesy of much-loved children’s theatre company, Lyngo, whose surprise-filled production is suitable for the over 3’s (and their giants). When the show’s over, head out of the theatre and into the atrium. There you’ll find The Stoller Hall’s annual Artisan Markets, which round up some of the region’s best independent designers and makers – perfect for picking up one-of-a-kind gifts while supporting local indies. And if that wasn’t enough festive goodness for one day, then you can also catch a Christmas concert by The Apex Singers – an eight-part, Manchester-based vocal ensemble who push the boundaries of a cappella music through unique and innovative arrangements. 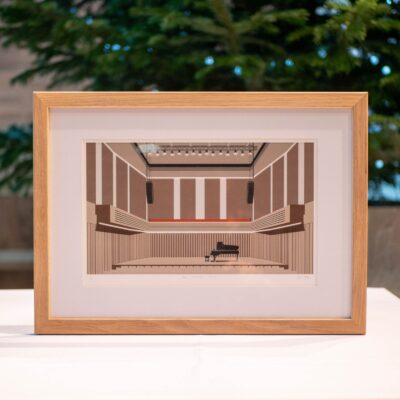 For a more alternative take on Christmas, try folk four-piece The Furrow Collective on 13 December. As the bleak winter nights draw in, the BBC Radio 2 Folk Award winners plan to embrace this stark time of year with a programme of eerie story-songs and seasonal carols that revel in the strange and wonderful traditions of these isles. On the other side of the coin, the 13 December features a concert by the Syd Lawrence Orchestra, whose big band spectacular will jubilantly celebrate Glenn Miller and the Rat Pack – with a liberal sprinkling of Christmas cheer. Something to get even the biggest Scrooge toe-tapping. 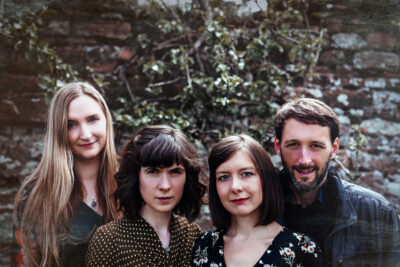 While most of The Stoller Hall’s Christmas events are happening rapid-fire, over one weekend, there’s an additional concert on Friday 3 December. This one speaks to the 600-year-old buildings of Chetham’s where The Stoller Hall is based. Choral ensemble Gothic Voices invite audiences to hear the fervour of well-known and unfamiliar carols in their original 15th century form – aptly performed in the medieval Baronial Hall in Chetham’s Library. Described by Gramophone as “absolute leaders in the field”, the group have been going for 30 years and yet continue to evolve, producing imaginative programmes and giving authoritative performances of real beauty – definitely worth a watch, for something slightly off the beaten track.

And there you have it – a Christmas cracker of a festive season at The Stoller Hall. Tickets for each of these events are available to book online via the venue’s website. Hit the ‘Book now’ button below for more information.

Don’t worry about the calories, the holidays are coming so that means it’s time to eat, drink, be merry for Christmas 2021.

We head into August with a whole lot of musical goodness to look forward to, from massive indie gigs to inner city electronic festivals.