Brudenell Social Club, the beating heart of Leeds’ live music scene, is running a live stream series of in conversations with acclaimed artists and industry figures.

Brudenell Social Distancing Club TV has featured seven online events since the lockdown began. An early highlight was Guardian music critic Dave Simpson’s interview with Leeds promoter, John F Keenan. Having worked with the likes of Pink Floyd, Joy Division, U2, Radiohead, Nirvana and Oasis, John had some pretty amazing stories to share while mapping his four decades in the industry. The following week, Simpson spoke to Wendy James, co-founder of 80’s synth-pop band Transvision Vamp and now a respected solo artist. Another highlight was an in conversation with synth-pop band, Team Picture, which featured an exclusive stream of their new album, The Menace of Mechanical Music. 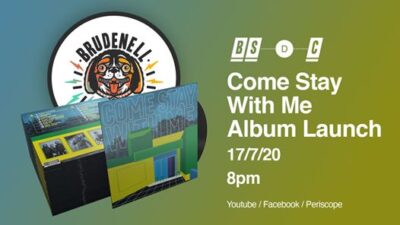 Details of the eighth instalment of Brudenell Social Distancing Club TV  have just been unveiled. This event will launch a new compilation album by Leeds’ own Come Play With Me. Established in 2015, Come Play With Me are a record label, promoter, magazine and development organisation in one, specialising in 7” record splits and compilation releases from the region’s most exciting artists. Their new album, Come Stay With Me, features 13 new songs from up-and-coming bands and artists including Magick Mountain, Talkboy, Dialect, Team Picture, Van Houten, and Dead Naked Hippies. The online event will be presented by Pilbeam Presents and Shell Zenner, and will feature an exclusive stream of the new album, a Q&A session with some of the contributing artists, live videos and more.

Head to Brudenell’s Facebook page at 8pm on 17th July to tune in live.

Looking for online cooking classes and demonstrations in Manchester from the city’s best chefs and restaurants? Here are some of the best available from Youtube, Instagram, Facebook and more.

Connect
with us on
Facebook
Load more
Want more?
Get it in your
inbox
Activity Until 23 February 2023, from £59.99