The ridiculously talented Black Midi bring their grotesque spectacle to the resurrected New Century this November.

Hellfire, Black Midi’s third album, is the London band’s most ambitious yet. And that’s saying something. Skirting the razor’s edge between mathematical precision and chaos, their music attracts old school prog nerds while appeasing fans of a dozen different genres; after each hairpin turn, there’s something new to contend with. And contending is the word. This is brutally intense, fiendishly complex music – the sound of three clearly gifted musicians daring each other to hit a new level.

What becomes clearer every time Black Midi make a move, is that they’re all about the spectacle. From their ludicrous bodybuilder press photos to their mid-gig sword fights (you’ll know what I’m talking about if you caught their Ritz show last year), they’re intent on bringing an unhinged kind of theatricality to everything they do.

Hellfire takes this to a new level. As singer Geordie Greep describes it: “If Cavalcade was a drama, Hellfire is like an epic action film.” One that’s full of dramatic monologues from morally suspect characters, flamboyantly appealing to our degraded sense of right and wrong.

Released alongside a music video directed by Noel Paul, ‘Sugar/Tzu’ centres on a futuristic boxing match between two “lead-weight” contenders, one of whom is shot in the head by the song’s protagonist – a self-described superfluous freak who longs to “give the audience what they want”: The ultimate spectacle in the form of brutal murder. 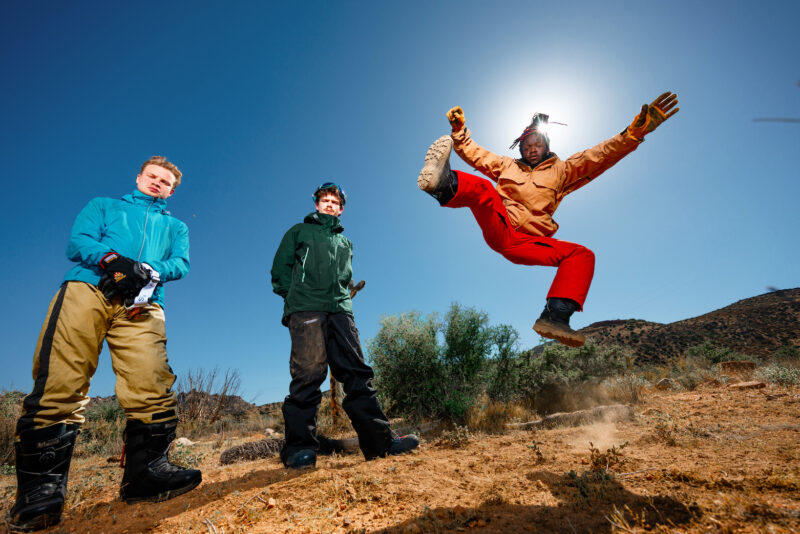 The gallery of characters rotates with each song, Greep channelling each in his characteristic, motor-mouthed yammer, like some possessed auctioneer. But then out of nowhere you get these crooning, Scott Walker-esque moments of balladry, like the Western-tinged ‘Still’ (sung by bassist Cameron Picton) or the Vegas show tune-ish ‘Dangerous Liaisons’, sung from the perspective of a would be killer duped by Satan. Because Black Midi.

Depending on what you look for in music, you’ll find Hellfire’s constant handbrake turns either exhausting or exhilarating. The same goes for the band’s live shows, which might be better described as an onslaught than a performance, the trio trading musical blows with breath-sucking precision as the downhill thrills get ever more intense. You want a spectacle? Here it is…

Connect
with us on
Facebook
Activity Until 31 December 2022, from £9