She Loves Me at Sheffield Crucible

Everybody needs a classic story of true love at Christmastime and Sheffield Crucible are set to deliver just that. She Loves Me is a glorious romantic comedy musical certain to warm the chilliest of winter evenings.

From the writer of Cabaret and the songwriters of Fiddler on the Roof, the story is based on the story that inspired You’ve Got Mail, the charming 1998 romantic comedy starring Meg Ryan and Tom Hanks.

A glorious romantic comedy musical certain to warm the chilliest of winter evenings.

Set in a picturesque Hungarian town at Christmas, warring colleagues Amalia and Georg work in a parfumerie together. Although they remain at odds on the shop floor, the two characters unknowingly do share some common ground. Amalia and George have both answered a lonely hearts advert and now are driven by the anonymous letters they exchange – both unaware of the identity of their true loves. Counting down the shopping days until Christmas the scent of love is certainly in the air at this parfumerie… 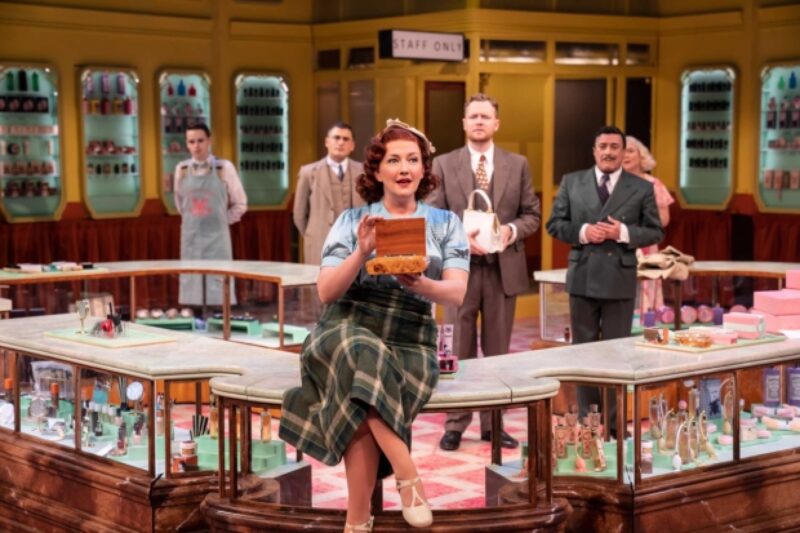 Sheffield Crucible has hit the jackpot with the revival of this gloriously festive musical.

We think Sheffield Crucible has hit the jackpot with the revival of this wondrously festive musical. A charming story of true love blooming where you least expect it – in the chaos of Christmas shopping – and although the twist is no huge reveal, the songs in this musical are a real treat.

She Loves Me at Royal Exchange Theatre, City Centre

Sheffield is home to the world-famous Crucible, the W R G Sprague built Lyceum and Sheffield’s home for the avant-garde, the Theatre Delicatessen.

A contender for the UK’s largest practicing community of artists and designers outside London – there’s a pretty impressive number of top art galleries in Sheffield.

Cinemas in Sheffield cater for all tastes, with arthouse venues sitting happily alongside big multiplex screens – including one of only two IMAX with laser projection screens in the country.

Looking to explore the fascinating ‘Steel City’? There are many amazing places to visit in Sheffield.