Part of our Music guide

After two years without Bluedot, the 2022 instalment was always going to go down as a special one, but the star-scanning, genre-hopping lineup lays to rest any doubts that this year’s festival is going to be the biggest ever.

Headlining this year Björk, one of the most influential and ground-breaking musicians of all time. The Icelandic artist will close the festival on 24 July with a unique, commissioned performance with Manchester’s Hallé Orchestra, featuring bespoke projections on the 250-foot Lovell Telescope.

Björk’s joined at the top of the bill by Mogwai, who are headlining Saturday night. Following the number 1 success of their Mercury Prize-nominated album As The Love Continues, the much-loved Scottish post-rockers will bring over two decades of extraordinary atmospheric soundscapes to close Bluedot’s penultimate night.

Confirmed for Friday’s top slot, meanwhile, is one of the planet’s best-loved dance acts, Groove Armada. With a career spanning more than 20 years of chart-topping tunes, their live show will open Bluedot 2022’s Friday night with a party, on what is the band’s final live tour.

And there’s plenty more to look forward to aside from the headliners, namely Warp Records mainstay Squarepusher, genre-straddling composer Anna Meredith, and dreampop-meets-techno producer Kelly Lee Owens. You can also catch the legendary likes of A Certain Ratio and Tim Burgess, while current chart-toppers Yard Act lead the way in terms of new talent on show at the festival. 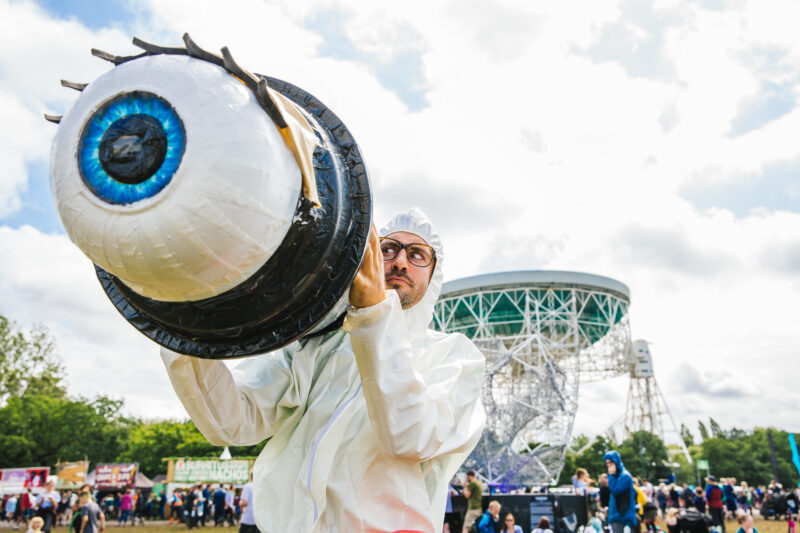 On the comedy side of things meanwhile, comedian, writer and director Stewart Lee brings his critically acclaimed music documentary King Rocker to the festival whilst podcaster and writer Adam Buxton will take to the stage with a live version of his hit comedy series BUG.  There will also be stand-up performances from Desiree Burch, Olga Koch and Robin Ince, plus live podcasts including the Bluedot podcast with Chris Hawkins.

For younger adventurers, highlights include curations from Wallace & Gromit creators Aardman Animations and Clangers, and an enormous range of science-focused activities, workshops and live experiments across the Star Fields.

Festival director Ben Robinson said: “After two years away we are thrilled to be able to return with such a unique and diverse line up to the iconic Jodrell Bank for the fifth instalment of Bluedot. We can’t wait for people to join us beneath the Lovell Telescope in July to experience four days of cosmic adventures “.

Here’s our guide to the best festival experiences taking place in a field or on the streets near you.

From the North’s best festival line-ups to the wildest collaboration you’ll catch on a Manchester stage this year, check out our latest music picks.

Connect
with us on
Facebook
Exhibitions Until 25 November 2022, FREE